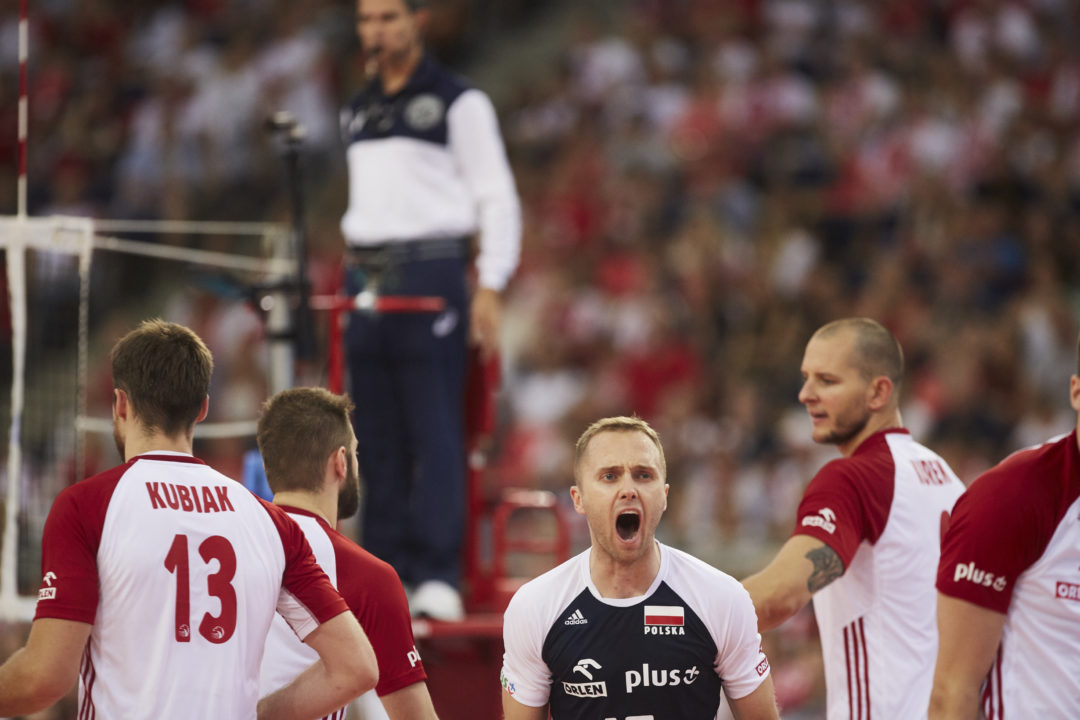 Poland looks to stay atop the standings in the Men's Volleyball Nations League with a strong week in Pool 10 vs. Italy, Japan & Bulgaria. Archive Photo via FIVB

Poland obviously highlights this group from a standings perspective, sitting in first place with their strong set and point ratios. Behind them to round out the group are three teams that are competing to make it into the Final Round, who are all separated by a match each.

The leader in that regard is Italy, who sits just on the outside of what would currently be the final round. That is just because of tiebreakers, but a another 2-1 week would do them wonders. Japan meanwhile needs a big boost as they are the only 3-3 nation and are one match behind the big lump of 4-2 teams.

Rounding out the pool is Bulgaria, who at 2-4 is by no means a pushover, but also is in a tough spot headed into the week. Ideally they need to win two or three matches this week to revive their final round campaign.

What’s made Poland so good thus far has been their defense, led by the block, and a nice balance between a myriad of options offensively combined with a go-to-option. It will be quite the blocking matchup when they face Bulgaria, but they should have enough to get through them. They also should have enough balance to take down Japan.

The biggest threat to the Polish side will be fellow European nation Italy. Sure enough, the two countries face each other in their opening matches of the group. Poland is actually coming off of a loss to Germany, so their focus should be at an all-time high. Italy meanwhile went 1-2 last week and are looking to bounce back. Their star power versus the Polish balance and block should be quite the affair.

The biggest wild card in Pool 10 will be Japan, because they are a solid team that has performed steadily at 3-3, but hasn’t shown enough to be an elite team. Playing in front of their home crowd could be the boost they need and having that home court advantage makes them dangerous.

Rounding things out is Bulgaria, who won’t be expected to do much this week. The biggest concern they bring to the other teams will be a fear of being upset, because an unexpected loss to the Bulgarian side would present a huge problem toward a nation’s final round chances. Still, Bulgaria has the talent to win a match or two here with some of their top-notch players, but an injury to their setter and second-leading scorer could hold them back.

Overall, look for Poland and Italy to compete for the top record out of Pool 10, but don’t be surprised if either Japan or Bulgaria jumps up and takes down the winner so no team goes 3-0.