North Carolina Brings on Three Freshmen, One Transfer for 2017 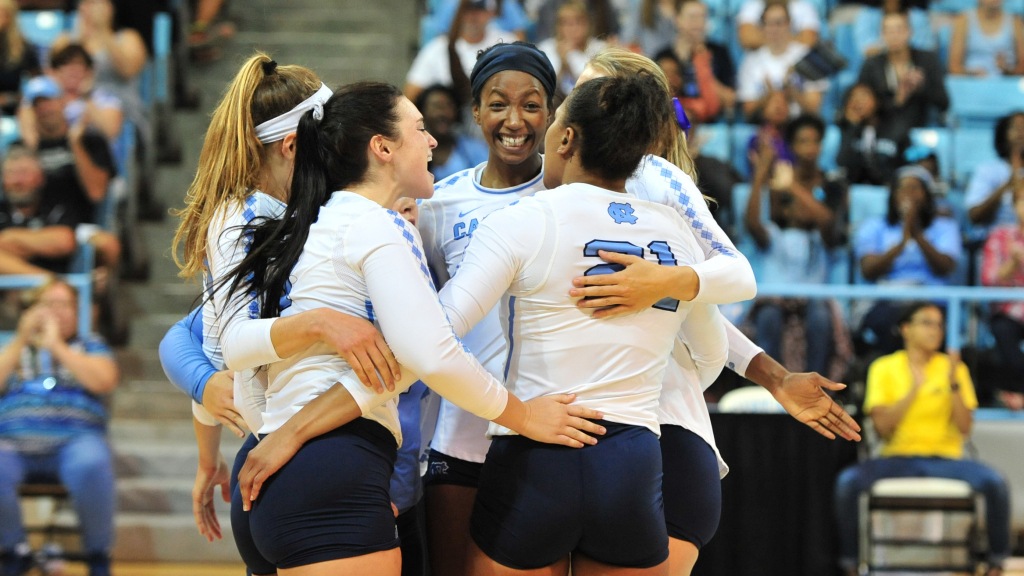 North Carolina dominated the ACC in 2016 before earning the number seven overall ranking in the NCAA Tournament and earning a spot in the Sweet 16. Although they lost to UCLA, the Tar Heels still finished 29-4 and 11th in the final AVCA Poll. They bring back some key pieces but also lose some, which should open up some opportunities for a transfer and three incoming freshmen.

Of the three freshmen joining the program, two are defensive specialists/liberos while the third is a middle blocker. The pair of defensive specialists are Sehrena Hull and Maddie Grace Hough. Hull stands at 5’7″ out of Mooresville, North Carolina where she played an offensive role in her prep career as she logged over 500 kills as a senior. The numbers paled in comparison to her dig totals though, as she had 720 of them in her final season. Maddie Grace Hough comes in from Charlotte, North Carolina after being named all-state in 2015 as a junior. As a senior in 2016, she garnered the South Charlotte Weekly Player of the Year.

Joining the two defensive specialists is Raleigh Clark, a middle blocker from Charlotte as well. Clark brings solid height at 6’3″ and was a top 100 recruit (#93) in PrepVolleyball’s recruiting rankings. She will be one of six middle blockers on the roster in 2017.

The incomers will help offset the loss of setter Abigail Curry (2016 All-ACC Second-Team) and right side Taylor Treacy (2016 All-ACC First Team). Along with Koetter and the three freshmen though, North Carolina should have plenty of skill with the return of 2016 AVCA Second-Team All-American/ACC Player of the Year Taylor Leath. They also bring back outside hitter Julia Scoles after she earned a spot on the AVCA All-America Honorable Mention list as a freshman.