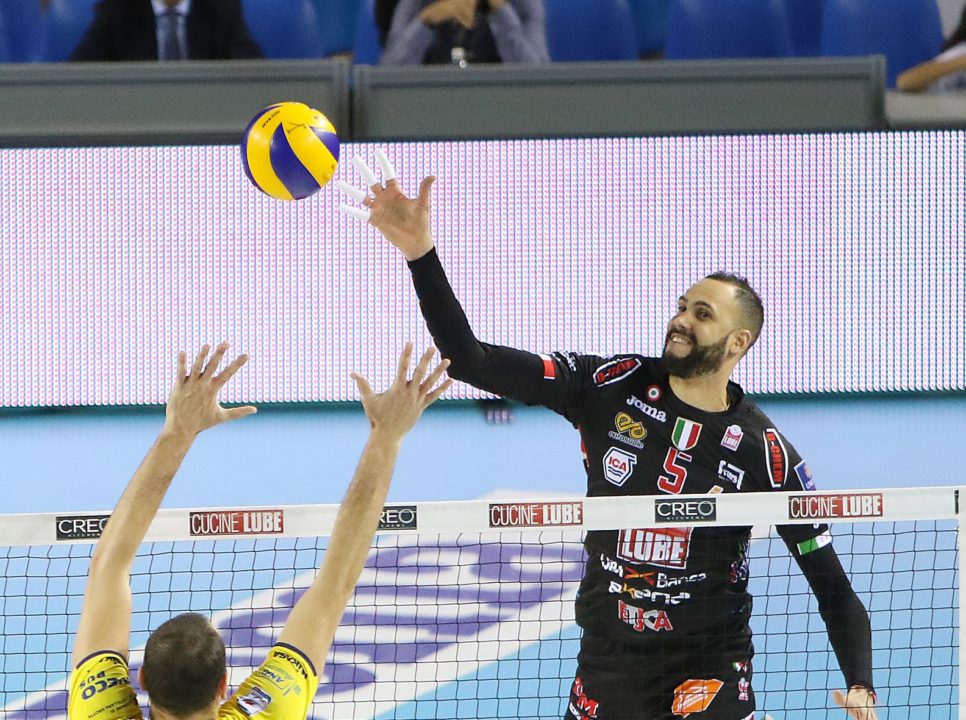 Osmany Juantorena wins his 2nd Gazzetta trophy in a row by 1 point Current Photo via legavolley.it

In a race that went down to the last game of the season, Osmany Juantorena has won his second Gazetta trophy in a row. After every game in the regular season, media members watching the game rank each player’s performance and the top vote-getter receives an MVP nomination for the game. The Gazzetta Trophy is the SuperLega’s equivalent to a season MVP award, and counts the total number of MVP votes that each player receives. This year, Juantorena beat out Perugia’s Aleksander Atanasijevic with 101 votes to 100.

Osmany had this to say about his win: “I am happy to have won the Gazzetta Trophy again in 2018, it means that I have continued to play at a high level, in a Championship with many strong players. I am also glad to have won it for two years in a row and I want to thank everyone, especially my team who helped me and allowed me to reach this goal once again: I share this award with the whole team and staff. It’s always a pleasure to play in such a competitive SuperLega with plenty of champions.”

There was some controversy involved with the last game of the season, as many suspected that Juantorena only played in the match against the worst team in the league BCC Castallena Grotte because of his tight race with Atanasijevic. He has been dealing with some nagging injury issues, so the fact that he played in such a meaningless game is suspect.

Juantorena joins elite company as one of the few players who has won multiple Gazzetta trophies, now he will need to back it up in the SuperLega playoffs where Civitanova takes on Piacenza in the round of 8 starting on Sunday, March 11th.

The 2nd vote getter was Aleksander Atanasijevic of Sir Safety, and 3rd was 22-year old Austrian Paul Buchegger, who was playing in Serie A2 with Ortona last season, but has quickly risen in his first season in Serie A.

Here is the list of the top 10 vote getters:

His MVP award at FIVB Club Worlds definitely won him some extra points… But Atana should have won it, he is the best player in A1’s best team…