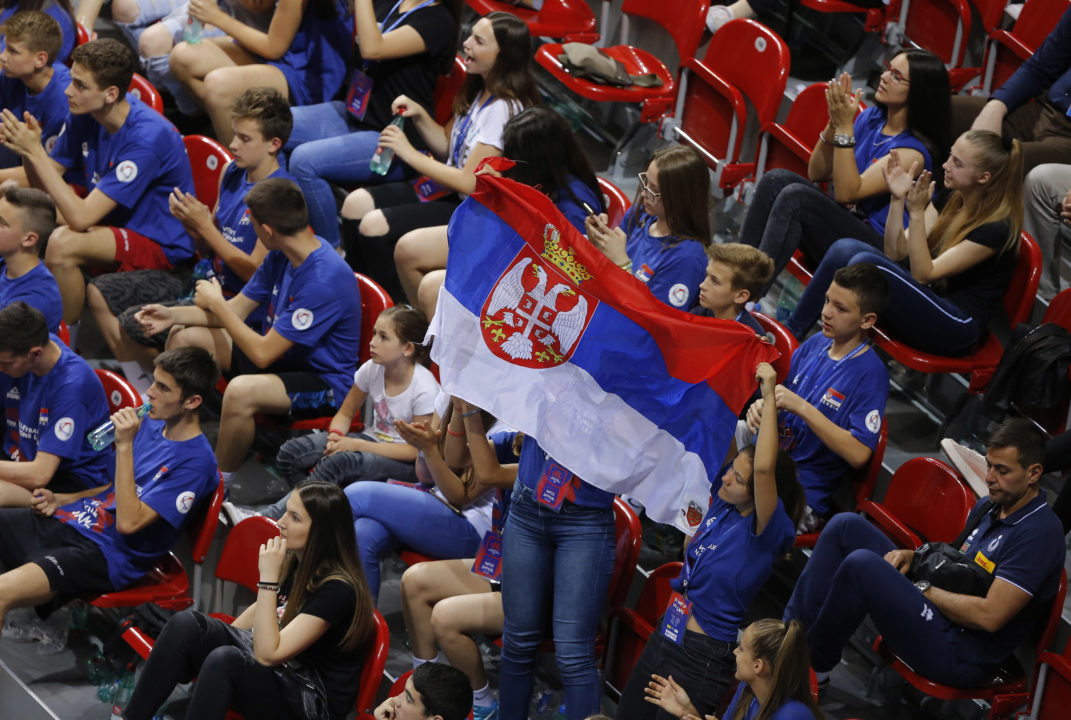 Serbia is back to full-strength after resting 2 of their stars in week 2. Stock Photo via FIVB

Serbia has brought back two of their stars for week 3 of the 2018 FIVB Men’s Volleyball Nations League as they embark upon a journey that will literally take them around the world for the next 3 weeks. They fly out after this weekend from Paris, to Chicago, to Guangzhao, and back to Paris before returning home to Belgrade. The total trip will be over 20,000 miles by plane in less than a month. At that point, they’ll either remain home and begin preparations for the World Championships, or return to Lille (near Paris) for the Final 6 tournament.

Serbia pressed middle blocker Marko Podrascanin and opposite Aleksandar Atanasijevic into service for week 1 of the tournament, in spite of coming on short rest from the CEV Champions League Final 4 with their club teams. Serbia played week 1 in front of a home audience, and even with their stars, won just 1 match.

Those two were rested in week 2, where Serbia actually earned better results, albeit against lesser competition, with 5-set wins over Bulgaria, Russia, and Australia. While that left them with 4 wins in 6 matches, they only have 9 points, leaving them with ground to make up in a muddled middle in the standings.

As the team travels to Aix-en-Provence this week, they’ll prepare to face 1-win Argentina, winless South Korea, and the hosts France. Full-point wins in the first two will be crucial to keeping pace for a top-6 spot in the preliminary rounds.

Opposite Dusan Petkovic and middle blocker Stevan Simic were dropped from the roster to make from for Podrascanin and Atanasijevic. Petkovic started the team’s match against Australia, and scored 19 points and hitting 50% in 4 sets before being replaced by Drazen Luburic in the tie-breaker.