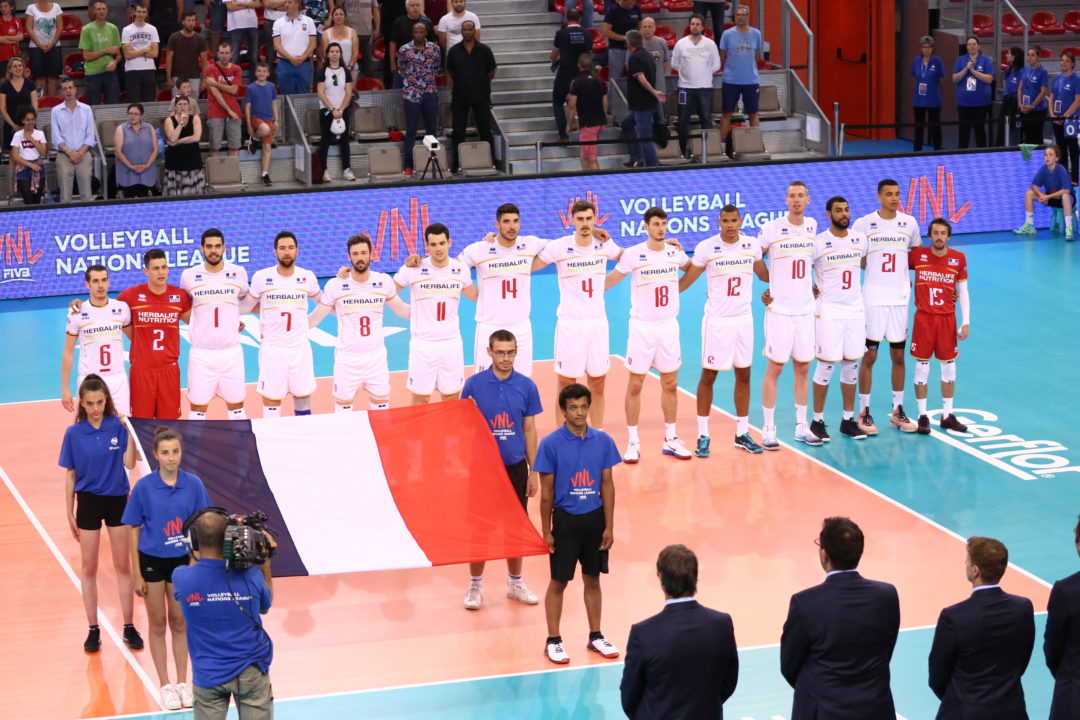 Even where there shouldn't be pressure, the French team has spoken all summer of the pressure of performing for their home fans in the name of domestic growth of the sport. Stock Photo via FIVB

This is a split pool. France is guaranteed a spot in the Final 6, and Serbia is still well-in-contention for the same, currently in 8th place, out of the Final 6 by just points, rather than wins. Technically, all 4 teams in this pool are still alive with 9 matches left to play, but South Korea will likely be eliminated if they’re winless again this week, with Argentina not far behind. We expect it to take 24 or 25 projected points to make the Final 6.

Don’t let the world rankings fool you: France is the best team in this pool, and FIVB has given them a bit of a gift for the home fans in Aix-en-Provence, where the pressure will be high to perform and build support for the upcoming Final 6. Just like in week 1, France will have two matches (Argentina and South Korea) that they should win without too much stress. Then there is a 3rd against a respectable opponent (in week 1, it was the opener against Iran, in week 3, it’s the closer against Serbia) that should be an exciting match, but in which France will be favored to win a competitive match for the home faithful.