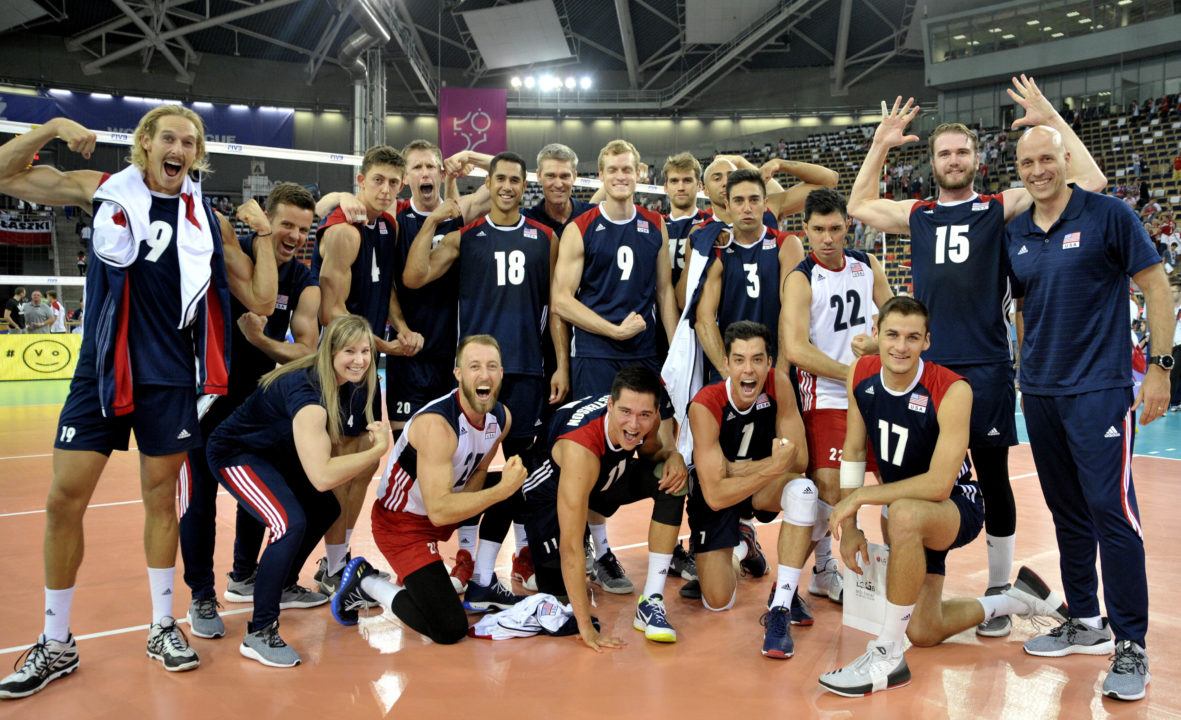 The United States did its part, but had to have help from Argentina to claim the last spot in the Final Six of the World League group 1 play.  Current Photo via FIVB

The United States did its part, but had to have help from Argentina to claim the last spot in the Final Six of the World League group 1 play.

The USA needed Belgium to lose, which Belgium did in 3 sets to France. The Americans also had to beat Poland in less than five sets to overtake both Poland and Belgium in the standings: Poland on points and Belgium on sets ratio as they were all tied at four wins. The USA came back from a 1-0 set deficit, and even a 4-point deficit in the third set to win in four sets over Poland. This eliminated Poland and Belgium from the Finals and sent Canada to Brazil.

That left one final hurdle to the United States claiming its ticket to Brazil, a Bulgarian loss. Argentina, who had upset Brazil the day before, was the USA’s only hope. It was nearly over in a sweep, but the Americans had to sit through a fourth stanza to seal their fate as Argentina excited its home fans with a 25-16, 25-21, 23-25, 25-19 victory, putting the USA in the Final Six in the process.

Team USA is making their third straight appearance in the Final Six, after finishing fifth in 2016, earning the bronze in 2015 and the gold in 2014. The Americans grabbed the silver medal in 2012 as well.

Snuck in the back door to the world league finals!!! So proud of the fight and resilience this team has shown. @teamusamensvolleyball getting better everyday #toughandtogether #pipeitup