The FIVB has released a pool's overview of the inaugural FIVB Men's and Women's Volleyball Nations League that will begin on May 15 and run through July 8. Current Photo via FIVB

The FIVB has released a pool’s overview of the inaugural FIVB Men’s and Women’s Volleyball Nations League that will begin on May 15 and run through July 8. The competition includes the top-16 teams from each gender in the world and over 240 matches.

There are a total of 5 weekends of play for each team that will consist of 3 matches – a minimum of 15 matches. Following the conclusion of the 15 matches per team, the top-5 along with the hosts will then be chosen to compete in the final rounds.

The Nations League features 12 core teams and 4 challengers that make up the allotment of teams in each gender.

The core men’s teams are:

The Women’s core teams are:

Lille, France has been determined as the host for the men’s final round of the competition while the women’s side has yet to be determined. This is the first season that the Nations League will be taking shape and is replacing the World League and World Grand Prix.

Below is a breakdown of the men’s and women’s pools for the competition leading up to the finals. 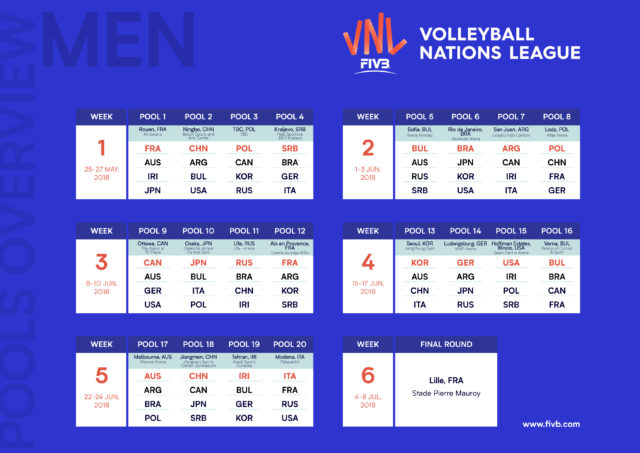 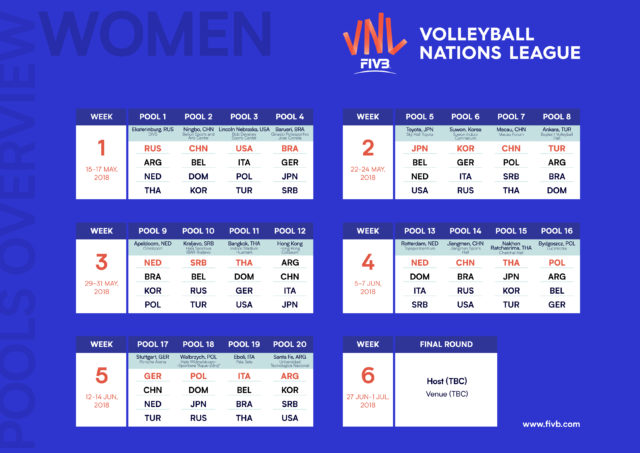 Slovenia should be there on the men’s side