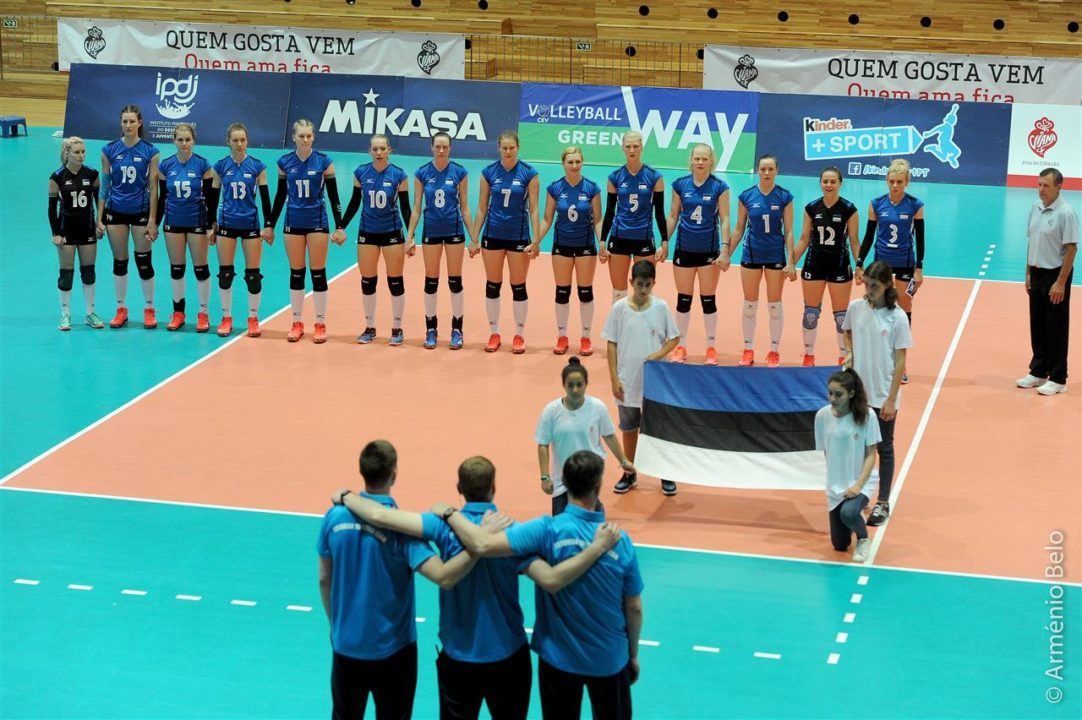 No. 27 Portugal upset No. 14 France in five sets, No. 32 Estonia defeated No. 24 Finland in four and No. 3 Germany swept Slovenia.   Current Photo via CEV Volleyball

It was a mixed bag of results in Viana do Castelo, Portugal on Wednesday, as Day 1 of Pool F play included a pair of upsets.

Germany kicked off the match by scoring the first eight points. Slovenia pulled with two at 16-14, but the Germans held them at bay for the 25-18 win, including 13 Slovenian miscues. Set 2 saw the Germany lead 16-12 at the midway point, despite hitting just 35 percent in the stanza. Set 3 saw the Germans expand an 8-7 advantage to seven at 21-14 and stave off a late Slovenian charge for the 25-22 win and the sweep. Germany racked up four of its five aces in the final stanza.

Louisa Lippmann accounted for a match-high 21 points, including 17 kills, two blocks and two aces. Maren Brinker managed 12 points, with 10 kills, a block and an ace.

Portugal led the majority of Set 1, although the French erased a four-point deficit and boasted a two-point lead of its own midway through. France led Set 2 from wire to wire. After leading for the latter half of Set 3, France trailed 23-22, but scored three straight to grab the victory. Set 4 was a back and forth battle, with Portugal leading 8-6, then trailing 16-15, before going up by three and holding off the French to send the match to a decisive fifth set. The Portuguese led 5-4 at the first timeout of Set 5 and pushed the advantage to four at 12-8 before closing out the win.

Portugal served up 11 aces in the match, including four in the final stanza, while allowing six. The Portuguese overcame 11 French blocks and 38 of their own miscues in the victory.

Estonia led Set 1 from start to finish, hitting 59 percent and serving up five aces. Finland did the same in Set 2, managing seven perfect serves. Estonia led early in Set 3, and Finland rallied to take a five point lead, only to see it slip away in a 25-23 loss. Estonia left little doubt in a 25-20 Set 4 win, which included six blocks and saw Finland muster just a 26 percent hitting efficiency.