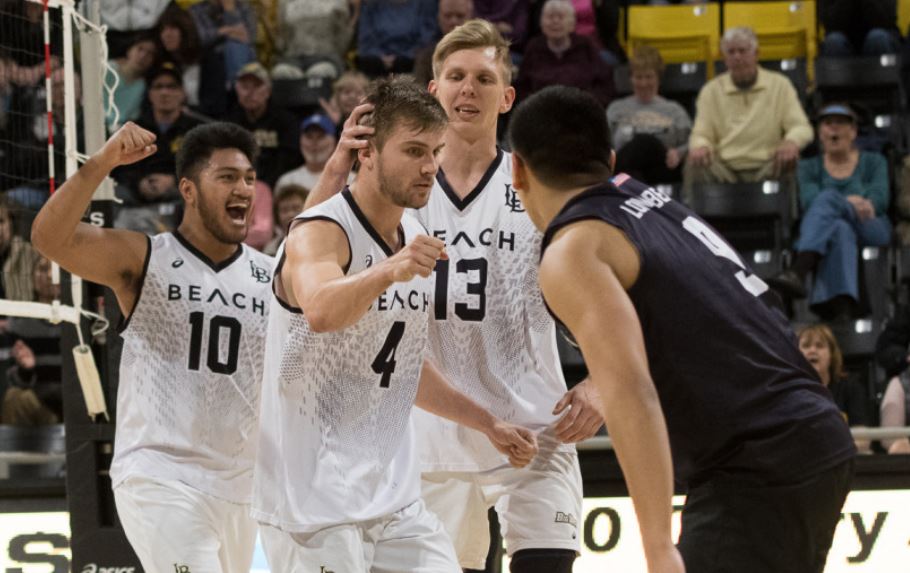 Long Beach State's Alan Knipe says "This is what you train all year for and we’ve talked about our process to getting to this point since the very first days of the fall. We get the chance to come in and compete for a national championship, which is exactly what the goal was from the first day. Here we go.”  Current Photo via Long Beach State Athletics

With the national title on the line Saturday night, a minimum of a 12-year drought will end as UCLA vies for its first title since 2006 and Long Beach State aims for its first since 1991.

The 49ers are making their third straight NCAA appearance after back to back national semifinal efforts.

Standing in their way of a national championship in 2018 is a familiar foe in UCLA. The teams faced off twice back in February with the 49ers winning both matches in four sets. LBSU has won three in a row in the series, including a sweep in 2017.

Previously, head coach Alan Knipe talked about staying in the routine and taking care of the thing the team could control. His message has not changed heading into the final.

“This is what you train all year for and we’ve talked about our process to getting to this point since the very first days of the fall,” Knipe said. “I like what we got out of the match last night. It was a great physical match and we had to flex a lot of different strengths of our team to be able to come out with that win.
So I think that serves us well moving forward. I thought we came out playing physical, playing aggressive and playing sharp after the bye. So that’s great for our development. We get a chance to get back to the hotel and finish up some scouting report stuff and get some rest and get the chance to come in and compete for a national championship, which is exactly what the goal was from the first day. Here we go.”

After Thursday night’s semifinal win over Ohio State, the 49ers continued to focus on learning and the journey that brought them to this pinnacle.

Junior outside hitter TJ DeFalco said the 49ers past two NCAA Final Four experiences and a season of development has taught them the importance of pushing through adversity.

“We’ve learned a lot from the negatives that have happened the last couple of years (in the NCAA Tournament),” DeFalco said. The past couple of years, we were in for a fight, and the other teams fought back just as much, and we weren’t able to keep it going and sustain that energy and sustain the preparation that we had. I think we refer to a lot of this year’s tough matches that we’ve had. We’ve traveled to a lot of different places and had all the different factors affecting us, but yet we were still able to keep going and push through.

“The record shows that it’s been a good season, but we’ve had very many ups and downs that not many people see. We’ve had some internal things, such as guys in practice trying to adapt to the system. There are so many different things that people don’t see. We’ve been through ups and downs, but all they really see are the stats and numbers, and they see that it’s been a pretty good season, but really it’s been up and down. We’ve had to adapt to plenty of different things and different adversities this season, but the vibe has always been very good with our team, a very positive mindset. We’ve all been able to grow and get through things and have no fear of conflict. The season itself to you guys (the media) has been a little different for us. We’ve
grown exponentially.”

The Call of the Title

Despite the success of the season including the Big West regular season and tournament crowns, the excitement of adding another national championship is fresh for the Beach, especially for the coach who was a member of the last 49er title squad.

“It means everything,” Knipe said. “It’s the reason I love coaching at Long Beach State, it’s the reason why I’ve said many times it’s the greatest job in collegiate volleyball. I get to coach at the place I played and have spent a big bulk of my life at. It’s a good community, it’s a family, it’s amazing people and when you play there, then your connection to your alumni base is special, too, because most schools you either play with or you coached. It’s
not something that you’re trying to make a connection, you’re trying to feel the bond of an alumni base. It’s true, it’s pure, it’s the Long Beach nation at its finest. It’s a very special thing to have a chance to lead this program.”