Puerto Rico, Cuba Hang On for Five-Set Wins in Pan Am Cup Pool B 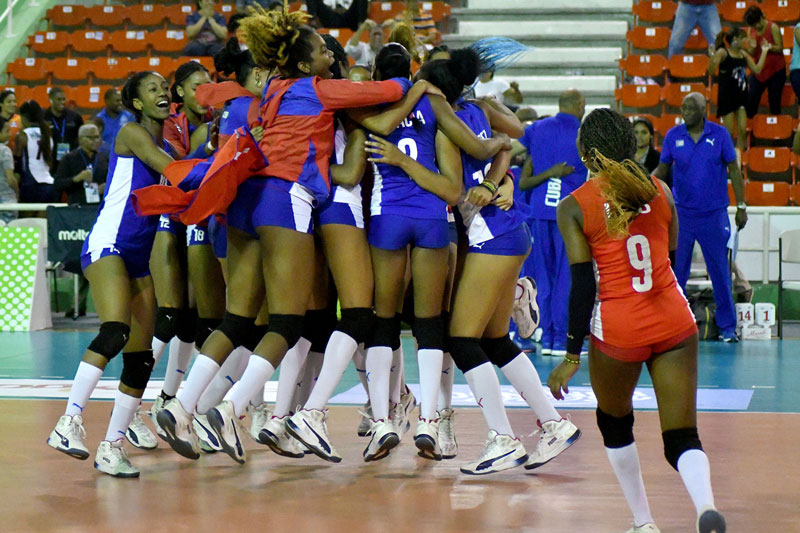 Five setters were the story of the day in Pool B on Monday as both Trinidad & Tobago and the United States rallied to force tiebreak sets, but neither could finish the comeback, falling to Puerto Rico and Cuba respectively.  Current Photo via NORCECA

Five setters were the story of the day in Pool B on Monday as both Trinidad & Tobago and the United States rallied to force tiebreak sets, but neither could finish the comeback, falling to Puerto Rico and Cuba respectively.

“I am happy with the match against Puerto Rico because they really know how to play the game,” T&T coach Francisco Cruz said. “My players step by step are adjusting and following the instructions. The experience of Puerto Rico was the difference in the tie-breaker.”

“Trinidad & Tobago deserved the win as they played better than us,” Puerto Rican coach Javier Gaspar said. “They improved their serve and had a big wall. In the fifth set we were able to control the emotions better than them.”

Krystle Esdelle was the top scorer in the match with 23 points on 21 kills, a block and an ace. Channon Thompson chipped in 19 points on 16 kills, two blocks and an ace. Sinead Jack (14) and Jalicia Ross (13) followed with each leading the team’s blocking front with six and seven stuffs respectively to go with six kills apiece.

The Americans outscored the Cubans 108-96, but wound up on the short end of the score in tiebreak, suffering their first loss of the tournament.

Set 4 again saw the United States take control early at 5-1, but this time, the Americans held on, cruising to a 25-13 win.

The USA pushed out to a 6-2 lead in the tiebreak, but Cuba erased the deficit, tying it at 7-all. Down 13-11, the Cubans dug deep and scored four straight to take the set and the match.