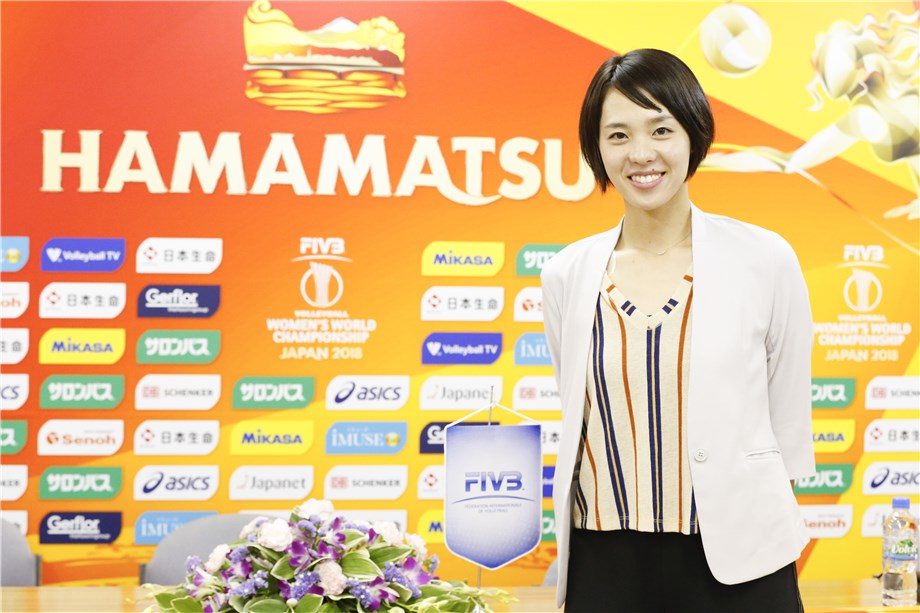 One of Japan's most important players of the last decade, the now retired Saori Sakoda is present at this year's WCH in a different role Current Photo via FIVB

One of Japan’s most important players of the last decade, the now retired Saori Sakoda is present at this year’s WCH in a different role. Although fans are not seeing her on the court, her presence is still felt as she has taken the role of a TV commentator for the tournament on a Japanese Channel:

“Before the Rio Olympics started I was thinking that it might be the time for me to end my playing career. I wasn’t tired, but I felt like it was a turning point. Since retiring I have not felt the urge to get back on the court. When I was a player, I never expected that I would become a commentator. To be one is kind of a surprise for me. This is a great experience to see the match from another perspective. I’m not sure about my future and whether it will involve volleyball or not. I’m still searching for my next career.”

Sakoda, now 30-years-old, retired from the Japanese national team after the 2016 Olympic Games and from club volleyball the next year. She is best remembered in her home country for delivering a masterful performance out of the bench in Japan’s bronze medal match against Korea in the London Games, outplaying Kim Yeon-Koung en route to the podium finish. It was Japan’s first volleyball Olympic medal since the 1984 games:

“I feel like I was kind of a ‘lucky girl’ at the 2012 Olympics. I didn’t have a lot of opportunities to play in the tournament before the match against South Korea. When I went on the court I was able to score many points. Many players did not make that Olympic team. My motivation was to win for the players who could not be a part of the team. That wasn’t the greatest moment of my career. I don’t have any special moment that I really liked. I enjoyed the feeling and atmosphere off all the players uniting for a common goal. The belief that all the spectators and the Japanese team are together.”