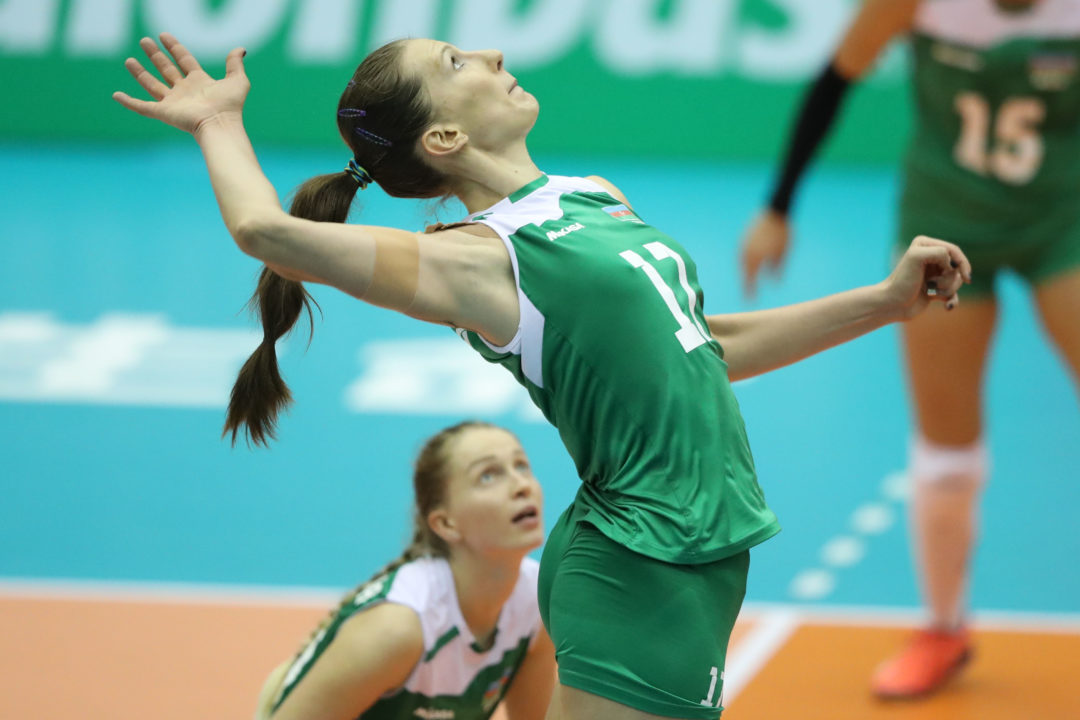 Eight of the 12 matches on Wednesday were decided in straight sets and five teams claimed spots in the FIVB Women's World Championships second round.  Current Photo via FIVB

Eight of the 12 matches on Wednesday were decided in straight sets.

The final day of Pool C will determine seeding as the top four teams have already been decided with Thailand and Azerbaijan mathematically eliminating South Korea and Trinidad and Tobago with Wednesday’s results. The United States will play Russia on Thursday with both teams coming in at 4-0 and with 12 points. Thailand and Azerbaijan will also meet on Thursday to decide the third and fourth seeds.

More spots in the second round were claimed as Germany sewed up its spot as the No. 3 team in Pool A, Turkey grabbed a seat out of Pool B and Brazil claimed the second spot out of Pool D.

Thailand got 23 points, all on kills, from Ajcharaporn Kongyot over the first four sets before exiting the match with an ankle injury. Missing Pimpichaya Kokram due to a right knee injury, the team got double-digit efforts from Pleumjit Thinkaow (14), Malika Kanthong (14) and Wilavan Apinyapong (13). Just four of the points by the quartet came on blocks and aces.

Team USA piled up 17 blocks and eight aces to overcome a 65-60 deficit in kills.

The Americans followed Murphy’s lead to an 8-6 lead in Set 5 and Kim Hill pounded a kill down the middle to seal the victory and keep the team perfect at 4-0.

Azerbaijan’s Polina Rahimova cranked out 27 points with 25 kills, a block and an ace in the team’s sweep of Trinidad and Tobago. The effort not only led her team to victory but put her atop the tournament’s scoring list with 93 points (76 kills, 7 blocks, 10 aces).

“Big congratulations to Italy,” Turkish coach Giovanni Guidetti said after his team’s 3-0 loss. “I think if they were to play like this in 10 matches, we would be lucky to win once. Their level of volleyball was very high and they were better than us in all parts of the game. They gave us no chance. You have to respect your opponent when they are better than you.”