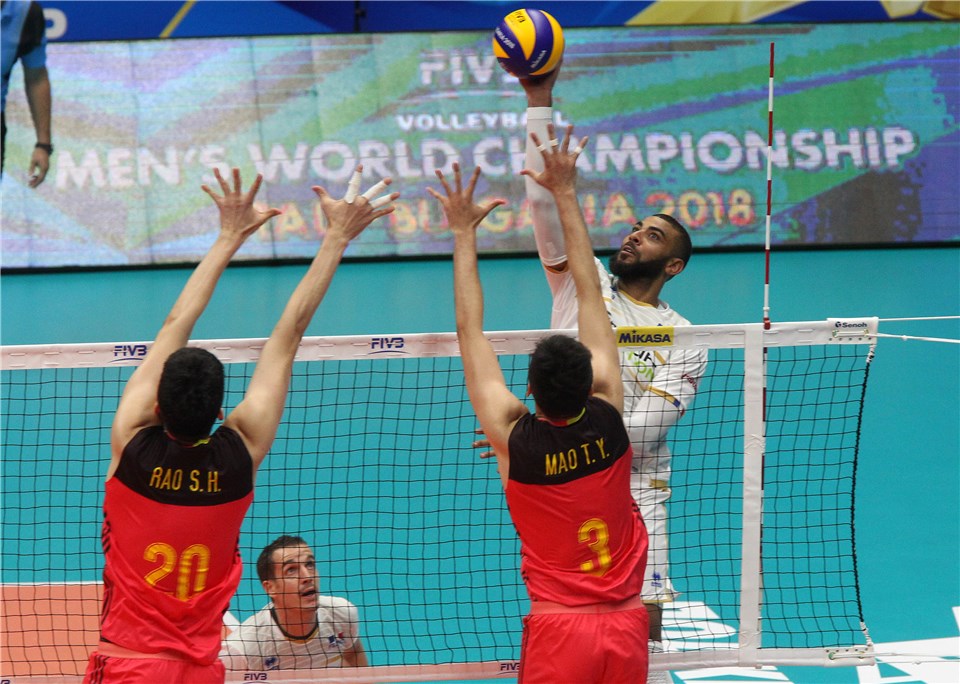 Nobody knew how much of a role Earvin Ngapeth would have in the French national team after he suffered an abdominal muscle injury just days prior to the start of the WCH. However, French fans now have plenty of reasons to celebrate, as not only did the team debut at the competition with a very easy 3-0 win over China, its main superstar Ngapeth made the team’s opening day roster and actually saw some decent court time. Ngapeth started the first two sets of the match, scoring 1 point in the first set, and 5 on the second, for a total of 6 points in the match. Although he only hit 2 for 8 for the game, he made his presence felt in other aspects of the game by blocking 1 shot and scoring 3 aces in 10 tries.

The 27-year-old outside hitter missed most of France’s friendlies leading into the competition and was expected to miss at least the WCH’s preparatory phase. With his early return, even if on restrictions, he’ll now have plenty off time to develop the rhythm and chemistry France needs to hope for more than a role-player status in the WCH and try to capitalize on its silver medal VNL campaign.

Next up for France and Ngapeth will be Brazil, one of Volleyball’s most exciting current derbies.