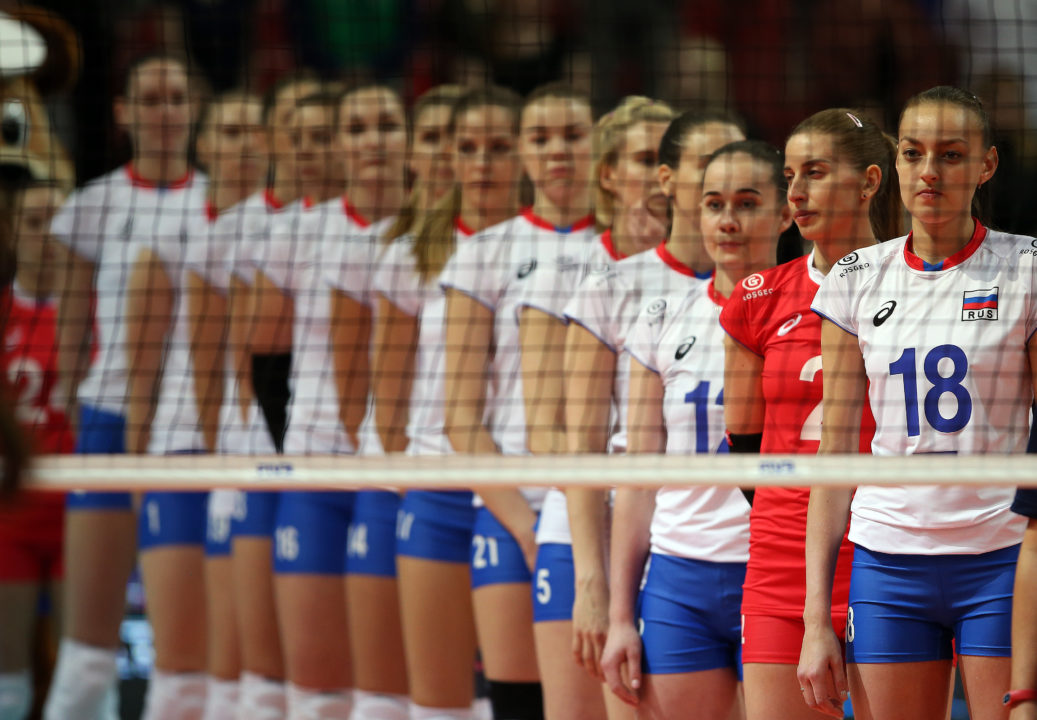 The Russian team continued its struggles Current Photo via FIVB

Argentina once again managed to give a major European volleyball powerhouse a headache, striking first against the Netherlands. Meanwhile, the Russian team continued its struggles, this time almost falling to a weak Thai team.

The Russian team underachieved again. After having lost a set to Argentina in their opening day match-up, it lost a set 25-13 to Thailand, a team it has no business entertaining such score. The Russians, supposedly favorites in their home-soil, came dangerously close to having to decide the game on the tie-break, before it was finally able to close it at 3-1 (25-23, 13-25, 25-18, 30-28). 23 year old Kseniia Parubets led the charge for the Russian team with 24 points on an amazing 23/38 (60%) hitting performance. Pimpichaya Kokram had 17 points in the losing effort.

Russia will now no on to face the Netherlands, by far its toughest test yet. Thailand will play against Argentina as both teams will fight for their lone wee 1 win.

Vadim Pankov blamed his team’s poor game on its difficult to service the ball effectively (Championat.com):

“The game against Thailand was troublesome because of our unpreparedness. When we serve bad, we do make our opponent’s reception difficult, then, it naturally becomes a hard game. Against such teams, we have not played well enough. As soon as we start to serve properly, everything is immediately simplified and we calmly play our volleyball. Girls should understand: if you submit to simple serving, then you will lose the ball.”

Once again Argentina, with basically a semi-pro roster, was able to scare one of Europe’s best teams. Like in yesterday’s match against Russia, it stroke first, narrowly beating The Netherlands in the first set 25-22. The win must have consumed all of the inexperienced squad’s energy, as it lost the next three sets 25-19, 25-8, and 25-18, an amazing 30 point difference. Anne Buijs led the way for the Dutch with 15 points, while Anahi Tosi had 11 in the losing effort. The Dutch out-blocked Argentina 14 to 6 while also committing 13 errors to their opponent’s 21.