Russia Rebuilding for 2020 Olympics in Tokyo 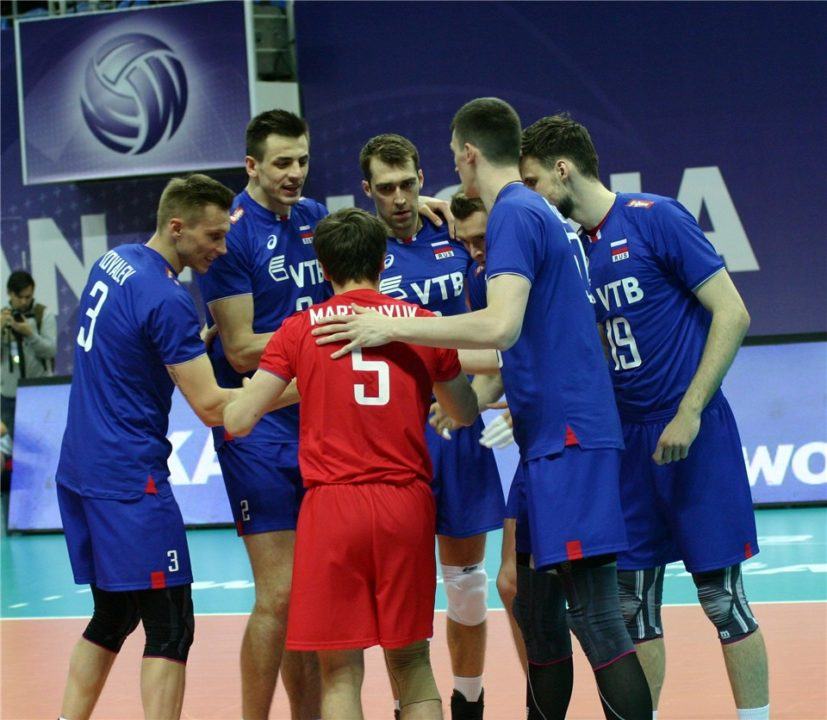 With a young team, Russia is using the 2017 FIVB World League to prepare itself for the 2020 Tokyo Olympics. Archive Photo via FIVB

Russia was able to salvage the end of last weekend at the FIVB World League with a win against Italy, but overall at just 2-4 are playing the long game as they work toward 2020.

Both of Russia’s wins in World League have come against the bottom two teams in the Group 1 table in Italy and Argentina. They still have a chance of making The Final Six, but the overall goal is to get experience for a young team that has its sights set on Tokyo in three years, according to spiker Maxim Zhigalov.

Many of the current athletes have grown up in the Russian system by going through the different age-restricted squads. Russia won the 2013 and 2015 U21 World Championship in addition to the 2015 editions for U19 and U23.

Russia won the gold medal at the 2012 Olympic games in London. That was sandwiched in between conquering the World League in both 2011 and 2013. However, six of the athletes on that 2012 squad were over 30 years old by the time the 2016 Olympics rolled around. Many retired and only one remains – Dmitriy Ilinykh. For a team that finished fourth in 2016 and didn’t qualify for The Final Six in the 2015 and 2016 World Leagues, it was a far-cry from the domination of the beginning of the decade.

“Right now the most important thing is that we have time to prepare and work on our combinations and then we can show, what we can show,” Zhigalov told FIVB. “It isn’t our highest level, because I know we can play much better.”