Sara Hughes is Ready to Fight On For Her Senior Year 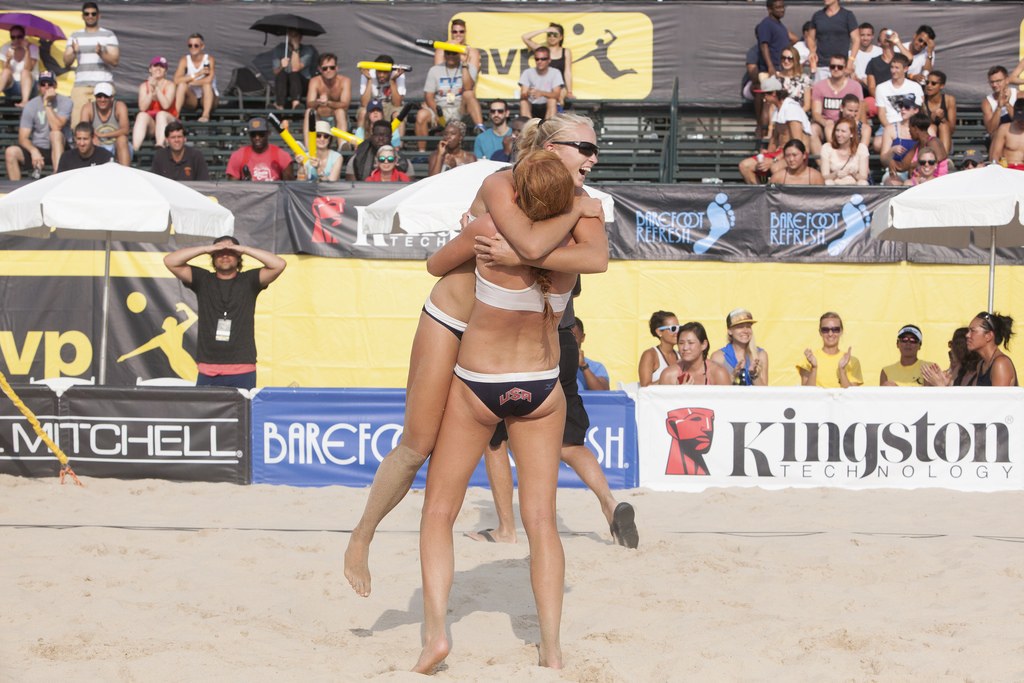 Sara Hughes is entering her final lap on the sand at USC and is ready to fight on for another... Current Photo via Anthony Quintano

Sara Hughes is entering her final lap on the sand at USC and is ready to fight on for another NCAA tournament this upcoming season. As she is going into her last college career season she takes a second to look back at what she loves about the sport so much.

When Hughes was first being recruited to play in college she was looked at for beach and indoor, and at the time beach wasn’t as big as it is today but she took a chance and never looked back.

“Beach was new to the collegiate scene and some thought it was going to pick up,” Hughes said. “I started playing beach before indoor and I fell in love with it from a young age. When it came time to decide I went with my heart decision and chose beach. Yes, I was recruited for both and it was one of the hardest decisions I had to make to give up indoor and just play beach but I’m so happy with my decision.”

Hughes said she chose to play the sport she fell in love with as a Trojan because she loved the atmosphere of the school and USC had one of the best beach volleyball programs and facilities. Ana Collier, one of Hughes’ coaches at USC, has helped her develop into the player that she is today and says she is very grateful for her.

Another motivation for Hughes is her late coach Bill Lovelace. Lovelace has given her the motivation to play and was her first coach to ever teach her the game. Hughes says he is her inspiration.

Since she first sept foot on sand back in her freshman season, the collegiate volleyball game has advanced so much and she loves it.

“People thought I was crazy at first to just commit to beach and give up indoor because they believed the sport wouldn’t progress forward. Now it has over 70 teams, is the fastest growing collegiate sport, and is officially NCAA. Winning the first ever NCAA Championship was definitely a highlighting moment in my career.”

Last year the USC Trojans won the NCAA tournament and Hughes and the team are looking to go back-to-back. One of her main season goals is to win another title and to have an undefeated season with her partner Kelly Clases. In 2015 Clases and Hughes went 19-0 in their regular season and both acclimated many different tournament title wins and ended their season with a 25-match winning streak in tournament play.

Hughes has a ton of beach titles under her both in the FIVB division as well as the collegiate level such as AVCA All-American titles, two-time AVCA Pairs National Championship, 2014 NORCEA silver medal in Puerto Rico, and finished 9th in the 2015 AVP Manhattan Beach Open, and more. But her favorite award she has received so far was the Trojan of the Year Award last year.

“This award means so much to me,” Hughes stated. “A poll is sent out to every athlete at USC and we are the ones the vote on who will receive it. Having fellow athletes vote on the award for the athlete who has had a significant impact at USC within the athletic department is really important to me.”

When asked what she wants to be remembered for after graduation Hughes said she “wants to be remembered as a player that helped advance the collegiate beach volleyball game after the fact that not many people believed in it. I want to be a role model for anyone who wants to play the game because I want them to have the same experiences I have had these past 4 years at USC.”

After graduation Hughes wants to get her professional beach volleyball career started and wants to travel the world and country representing USA in both FIVB and AVP tournaments. She is also thinking about possibly getting her master’s degree in Entrepreneurship.

Some advice Hughes has for future players looking to play beach volleyball at the collegiate level is to keep playing and sign up in every tournament possible. There are tons of different tournaments over the summer and to just perfect your game and get better every time you step on the court.

“Always have fun,” Hughes says. “Beach volleyball is an amazing sport and highly competitive but I grew up just loving the sport because every time I stepped on the court I had a good time. Grab a few friends and go down to the beach and play all day.”