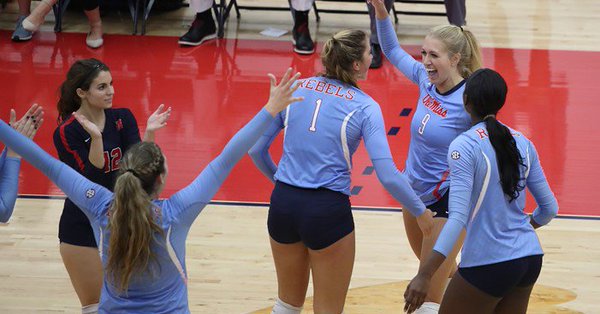 Florida and Kentucky were picked as favorites win the SEC, but Alabama's surprise start has the Crimson Tide in the conversation. Missouri and Texas A&M opener league play with wins on Wednesday.  Current Photo via Ole Miss Athletics

Florida and Kentucky typically battle it out for the SEC title and both were picked as favorites to do win it again in our VolleyMob preseason preview. Alabama is the surprise of the preseason, accumulating a league-best 12-1 non-conference record and sitting on the cusp of this week’s Top 25 Power Rankings.

Night one of the league season saw both home teams win in sweeps as Missouri topped Alabama and Texas A&M outdid Arkansas.

The rest of the conference takes the court beginning on Friday.