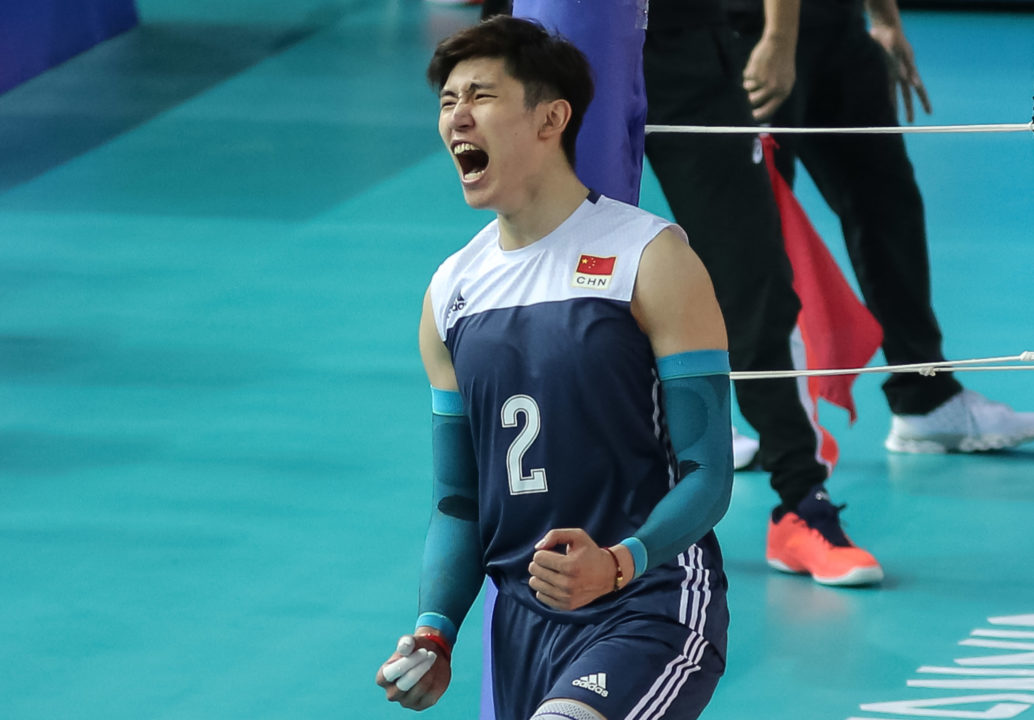 A sweep at the hands of Serbia eliminated Canada from its outside shot at Final Six contention. Japan also was knocked out of the race as Chuan Jiang carried China to a four-set win over Japan with a 26-point effort. Current Photo via FIVB

A sweep at the hands of Serbia eliminated Canada from its outside shot at Final Six contention as at 6-7 with just two matches remaining, the Canadians cannot reach the nine win milestone, already occupied by six squads.

Ten blocks were key in lifting Serbia past to the victory. The Serbians boasted a 10-1 lead in blocks, a 7-3 advantage in aces and a 36-35 edge in kills. The victors also were credited 22 points by way of Canadian miscues, while limiting their own errors to 17.

Chuan Jiang carried China to a four-set win over Japan with a 26-point effort, including a match-high 19 kills and five aces.

Jiang also tacked on two blocks in the victory, while Shuhan Rao chipped in 11 points on seven kills and a team-best four stuffs. Jingyin Zhang and Libin Liu notched nine points apiece on eight kills and a block each.

Yuji Nishida (17) and Masahiro Yanagida (10) led the way for Japan, each scoring all of their points on kills. Akihiro Yamauchi (7), Hiroaki Asano (6) and Haku Ri (5) followed. Ri put up a team-best four blocks and added an ace, while Yamauchi added two stuffs. Masahiro Sekita was one of five players with an ace, serving up two.

After losing its last six VNL matches, the Chinese ended their their longest skid since losing nine in the 2006 World League tournament.