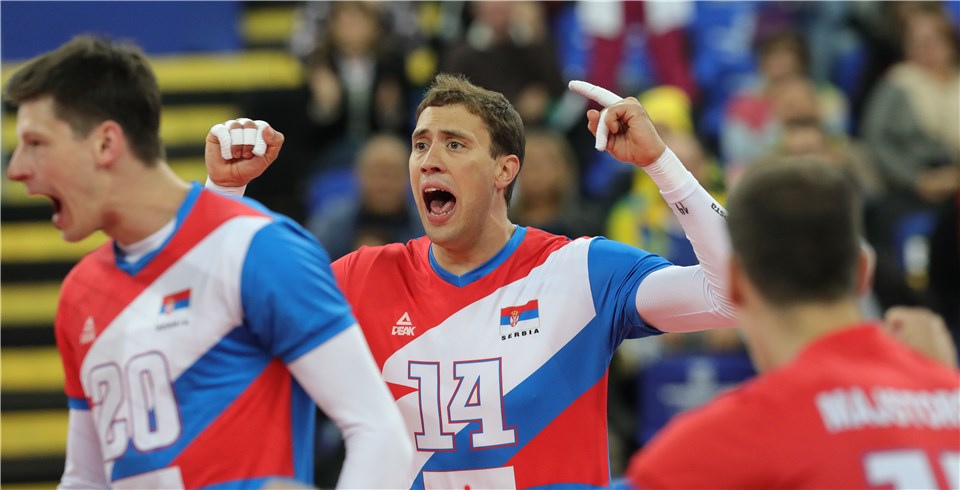 After sending a surprisingly-full roster to week 1 of the 2018 FIVB Men’s Volleyball Nations League, a number of Serbia’s stars will finally get a break in week 2.

In a move that was almost certainly designed to satisfy fans and local sponsors at the hosted pool 4 in Krajelvo, Serbia last week, included Aleksander Atanasijevic and Marko Podrascanin in their 14-man roster for week 1 of the tournament. That’s in spite of the two being only two weeks clear of playing in the Champions League Final 4, and having very little break from their club season.

While many of the other participants in that tournament did not play for their national teams in week 1, those two did. The 16-year old opposite Atanasijevic scored 23 points, 3rd-most among the Serbians, and hit 48.78%. 30-year old middle blocker Podrascanin had just 7 kills and 3 blocks in limited action.

Both men started and played effectively all of match 1, a 3-0 loss to Brazil, but neither saw the court in Serbia’s 3-1 win over Germany. Both were back to full-time duties to close the weekend, but the team was again swept, this time by Italy: a team that also had a number of players arrive straight from the Champions League final.

While 2 of their stars will be absent, Serbia will still have its leading scorer Marko Ivovic, who was the MVP of the 2016 World League when Serbia won, and Drazen Luburic, their second-leading scorer of week 1.

Serbia will now leave those two at home as they make the short trip to Sofia, Bulgaria for their week 2 pool. There they’ll play Bulgaria, Russia, and Serbia. Australia, who is without several key players as well, went winless (0-9 by sets) in week 1 of play, while Bulgaria and Russia each won 2 matches.

Reviewing the remainder of Serbia’s schedule, they should have 5 matches that they can count confidently as wins, which would bring them up to 6. We’ll know more after this weekend, but our early projections expect that 8 or 9 wins will put a team in position, depending on tie-breakers, for the Final 6. That means the team will have to find a few more wins against teams like France, the USA, Iran, Poland, Canada, and Japan to lock up a trip to Lillie for the finals.