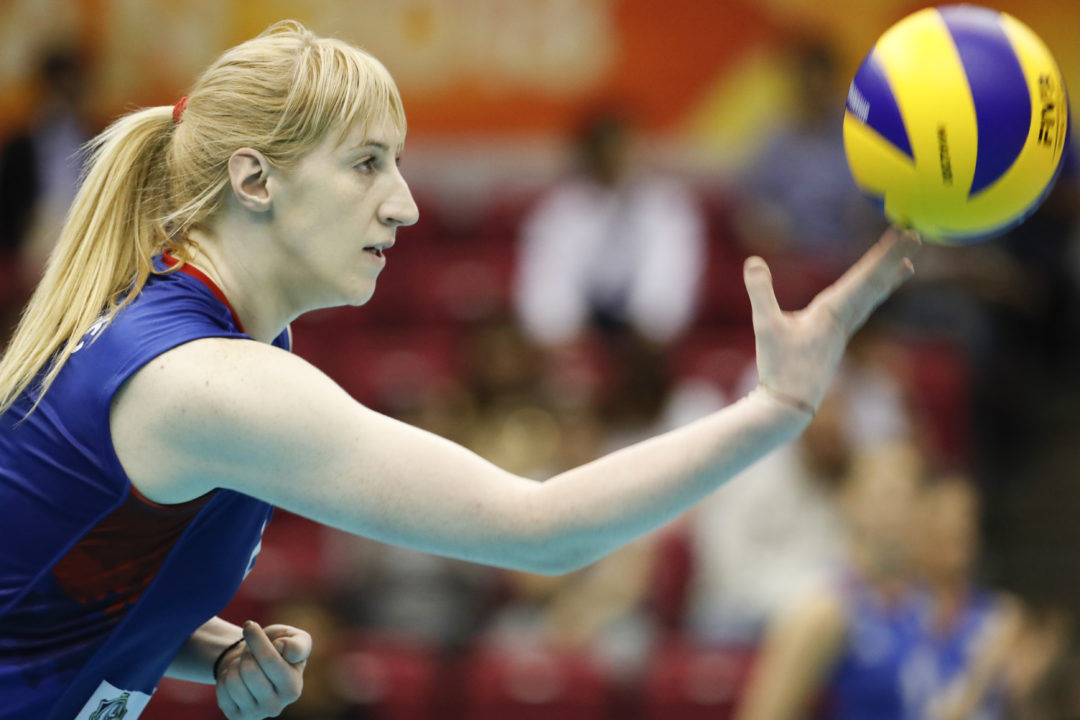 While Brankica Mihajlovic (above) has played through some knee pain, Tijana Boskovic has sat out the team's last 2 contests with an abdominal injury. Archive Photo via FIVB

The absence of Tijana Boskovic for Serbia’s last 2 matches of round 2 of the women’s volleyball World Championships is due to an injury, while Brankica Mihajlovic, who is only 4 months removed from knee surgery, is feeling pain in her knee.

After Thursday’s 3-0 sweep at the hands of the Dutch, it was revealed that Boskovic has an abdominal injury. She warmed up for the match against the Netherlands, but withdrew shortly after its start.

Serbia has lost 6 consecutive sets without Boskovic showing the value of the tournament’s most efficient hitter (80/141 = 56.74%).

Serbia as a team is hitting 49.36% in the tournament. In the last two matches, however, that has fallen to just 34%, playing effectively the entirety of those matches without Boskovic. Teams have been able to tee-up Mihaljovic, the team’s other star hitter, defensively. As a result of that increased attention, and possibly pain in her surgically-repaired knee, her hitting percentage has dropped from 54.47% in the team’s first 7 matches to just 35.29% in the last 2.

Serbia will now have to play Italy and Japan in Round 3 of the tournament (with the exact schedule to be set). That will be a tall order without Boskovic. Japan is known for its stifling back-row defense, and Italy’s block has been raging (they have 30 blocks as a team in 8 sets in their last two matches).

Serbian coach Zoran Terzic was optimistic that both would be available for the Final 6; in the case of Mihajlovic, that was reinforced by the fact that she played the entire match against the Netherlands on Thursday.