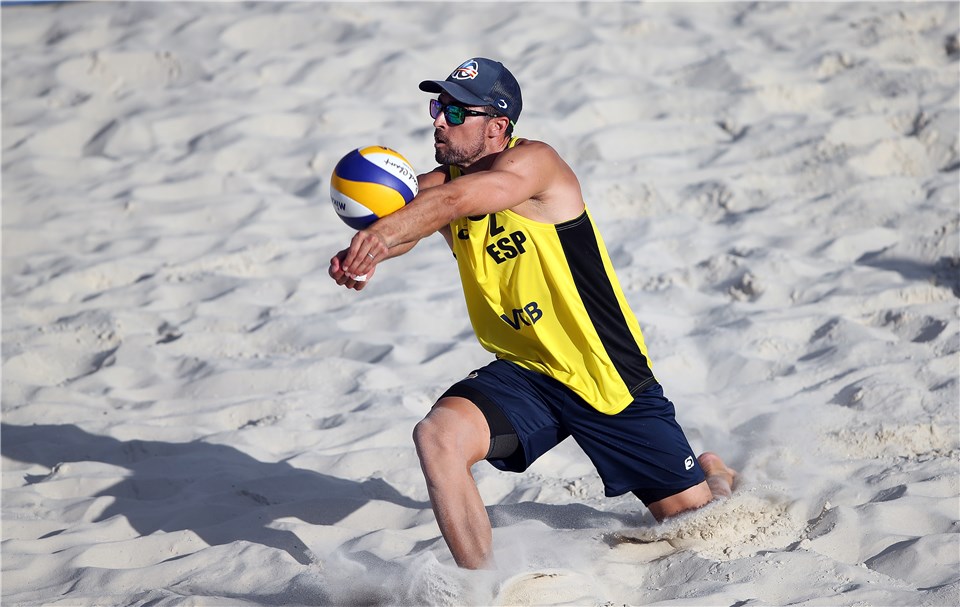 After qualifying and the first three pool play matches in eight groups, teams from eight countries earned free passes to the second knockout round with pool titles. The victors included the top seven seeds and the No. 9 pair.  Current Photo via FIVB

After qualifying and the first three pool play matches in eight groups, teams from eight countries earned free passes to the second knockout round with pool titles. The eight teams represented the top eight seeds in the competition, save one, No. 8 Americans Taylor Crabb/Jake Gibb, who were edged by No. 9 Cherif Younousse/Ahmed Tijan of Qatar.

After Injuries forced Brazilians Alvaro Filho and Thiago Barbosa to team up in Moscow as Saymon Santos and George Wanderley were unavailable, the duo hopped a plane from Vienna to play in the qualifying round.

“I wasn’t supposed to be here, but then I and Thiago had the chance to play here because both our teammates were injured,” Alvaro said. “I was on the point of booking my flight home to Brazil and then Thiago pointed out that neither of us had a partner, so we thought ‘we’re two guys who want to play, so let’s go’.”

The Brazilians and Americans will play for a spot in the first knockout round in a win or home match in Pool F after Team USA was edged by Smedins/Samoilovs 23-25, 21-15, 15-12. Alvaro Filho/Thiago were bested by Latvia’s Martins Plavins/Edgars Tocs.

The other six teams moving on to the 32 team main draw were:

Krou/Aye ousted fellow Frenchmen Maxime Thiercy/Arnaud Gauthier-Rat in tiebreak 20-22, 21-14, 15-12. Giginoglu/Gogtepe and Rumsevicius/Kazdailis also went the distance to claim their spots, each rallying for the three-set victory.

Seven other teams punched their ticket to the second knockout round with pool play titles:

The final round of pool play action wraps up on Friday followed by the first knockout round.