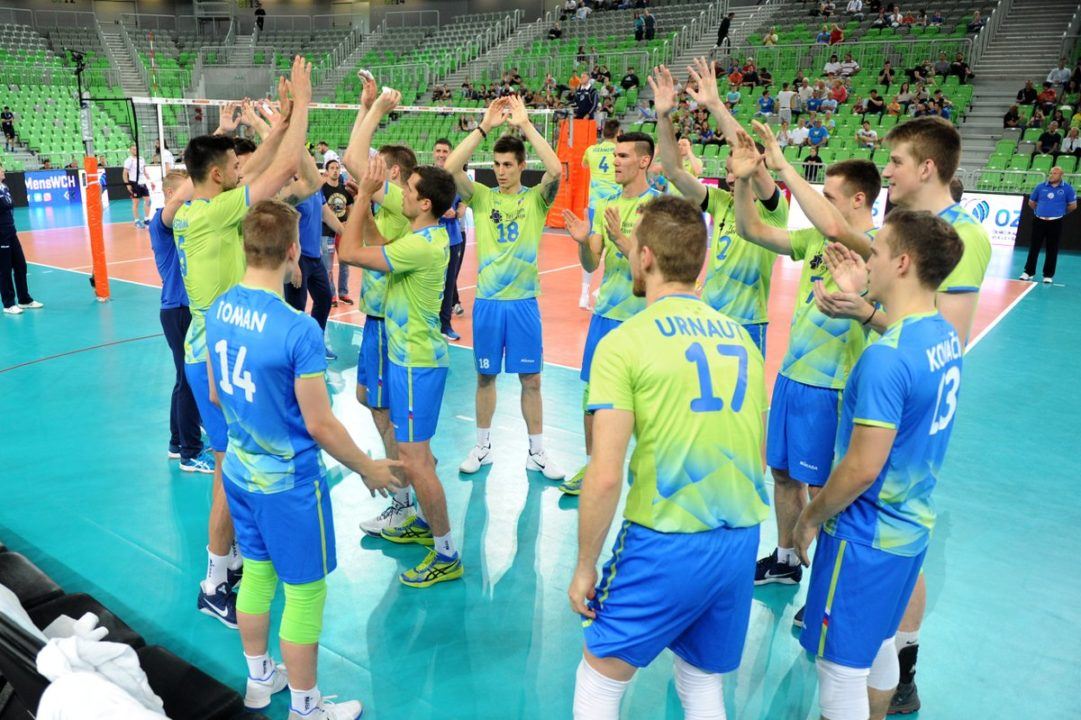 A pair of sweeps put Belgium and the home team Slovenia in the driver’s seat at 2-0 after two days of competition in Pool C. Current Photo via Slovenia Volleyball

A pair of sweeps put Belgium and the home team Slovenia in the driver’s seat at 2-0 after two days of competition in Pool C in Ljubljana on Thursday. Portugal also outlasted Israel in four sets to round out the day’s action.

“Georgia fought hard, and they tried to be a decent opponent, but the difference in quality is too big,” Belgium coach Vital Heynen said. “I am always happy after games like this one. We won, all players are healthy and we can focus on what is next.”

Badri Nutsubidze led Georgia with nine points, including eight kills and a block.

“In the first two sets we stuck to the tactics we had agreed upon, but later on our opponents raised the level of their game and kept the rhythm high,” Slovenia middle blocker Alen Pajenk said. “However, already in the middle of the third set, we took matters in our hands again and eventually claimed the victory.”

Slovenia hit at a 63 percent clip in the match, while holding their foes to a 35 percent effort. Slovenia also racked up 10 blocks and six aces in the win.

It was an up and down affair but Portugal came through in the end for a 3-1 win over Israel on Thursday.

“It was quite a strange game,” Portugal’s Valdir Sequeira said. “We won two sets quite easily, but we relaxed too much in the third. We had a 10-point advantage, but we still lost and that is what we can’t afford in future. We have to keep going, to keep fighting. We can give and deliver much more than this.”

Portugal made good on 55 percent of its hitting attempts and used six blocks and 11 aces to keep Israel off balance.

Sequeira racked up 25 points, including 22 kills and three aces to top all scorers in the match. Lourenco Martins added 17 points, with 14 kills and two aces to aid the Portuguese effort.