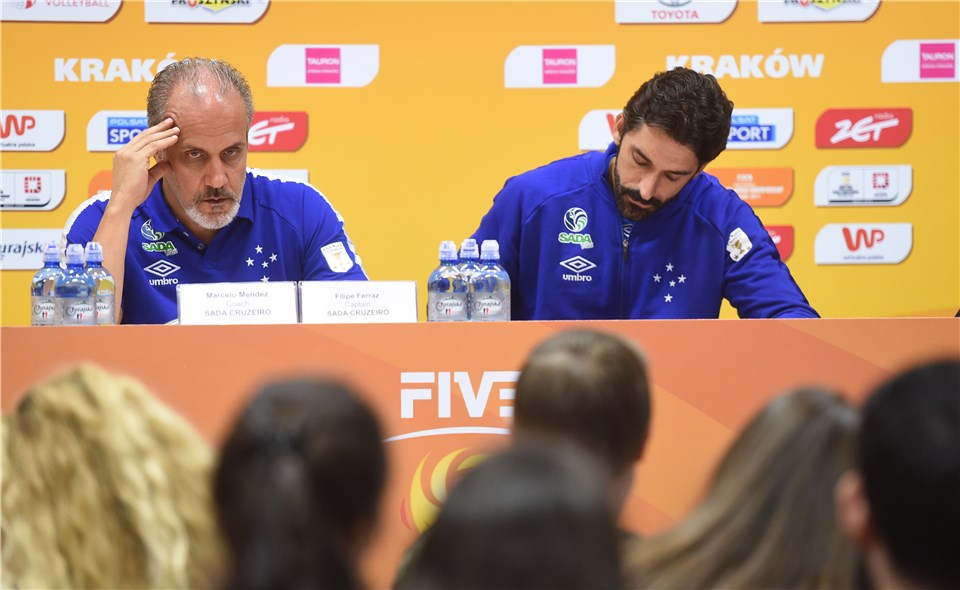 Was Cruzeiro a sore loser in its twitter comments directed at Zenit Kazan after the Russian squad completely dominated their semifinals match in the FIVB Club WCH? Current Photo via FIVB

Sada Cruzeiro and Zenit Kazan have a historical rivalry at the international level. As was expected in a rivalry like this, tempers flared prior to their semifinals game, when Zenit Kazan’s coach Vladimir Alekno said that after waiting a whole year for this match-up, his team was finally ready to take on their nemesis. He was right, and Zenit Kazan won in spectacular fashion.

Good luck in this Club World Championship final, @volleyzenit! We know the taste of being champion, done it 3 times. Two you know well how it was, right? ?
Congrats for today!

Sore losers, or just a “friendly” jab at their rival? Whatever the reason may be, it doesn’t look to0 classy coming from a team who just got dominated in an elimination match.