Still In It: Sponcil/Cannon Go From Qualifiers to AVP Chicago Semis 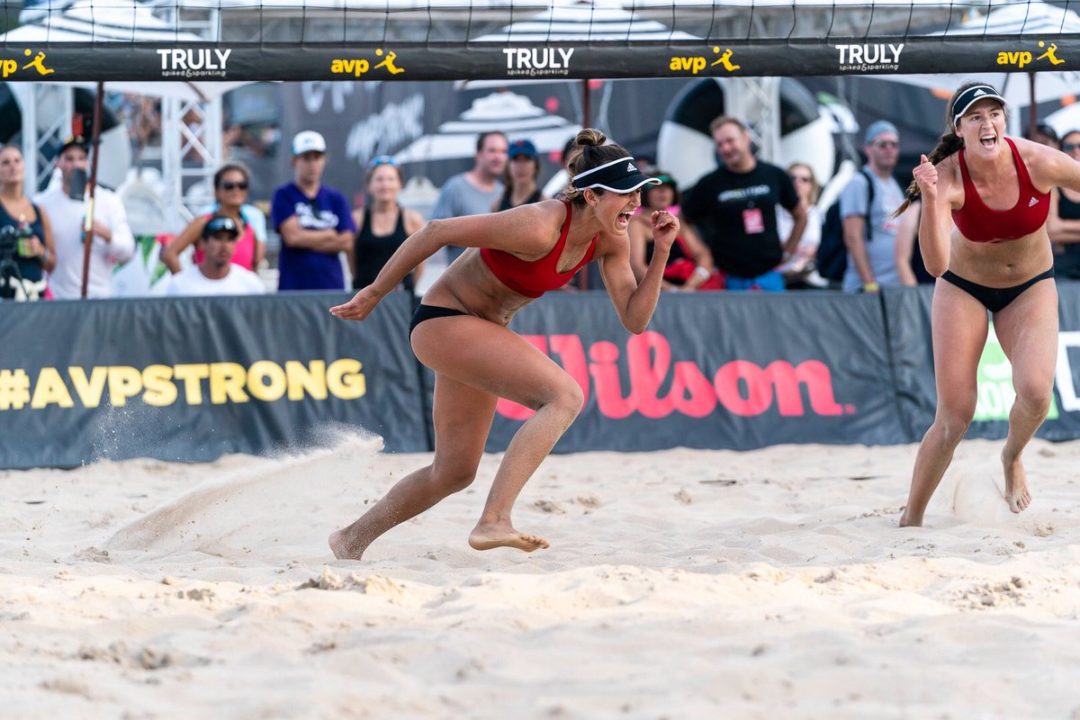 As the sun set on Chicago Saturday night, the semifinals field was set for the AVP Gold Series Championships, though the day was ripe with upsets in the contender's bracket, with No. 18 Terese Cannon/Sarah Sponcil making it all the way back to the semis through five matches.  Current Photo via Sarah Sponcil - @SSponcil twitter

As the sun set on Chicago Saturday night, the semifinals field was set for the AVP Gold Series Championships.

On the women’s side, No. 18 Terese Cannon and partner for the weekend Sarah Sponcil were the story of the day, advancing to the final four with five contender’s bracket wins. After falling to No. 2 seed Kelly Claes/Brittany Hochevar in the second round of the main draw, Cannon/Sponcil began their journey back to the semifinals with a Friday tiebreak win over No. 17 Lindsey Knudsen/Jessica Sykora (17-21, 21-18, 15-13).

From there, the pair took out four Top 10 seeds, two in tiebreak to pave their way to a semifinal appearance and a minimum payday of $10,500.

Running into the semis like🏃🏽‍♀️

Can’t wait to battle another day with @teresecannon here at the Chicago AVP Gold Series Championships👊🏽 Catch us on Amazon prime tomorrow at 10:15am CST😎 pic.twitter.com/dvD3MovL6d

Also earning upsets in the contender’s bracket, but not making it all the way back were: No. 20 Falyn Fonoimoana/Priscilla Piantadosi-Lima who won twice, before falling to Dowdy/Pollock. No. 9 Karissa Cook/Katie Spieler topped No. 6 Nicole Branagh/Caitlin Ledoux but fell in the next round to No. 2 Claes/Hochevar.

Claes/Hochevar continued on from there with a 21-19, 21-15 win over No. 5 Kelley Larsen/Emily Stockman to claim their spot in the final four.

It took just one Saturday victory for top seeded Sara Hughes/Summer Ross and No. 3 Alix Klineman/April Ross to finish off play in the winner’s bracket as each won in straight sets. Hughes/Ross bested Larsen/Stockman 21-18, 21-18, while Klineman/Ross knocked Howard/Reeves off 21-16, 21-18.

On the men’s side, No. 3 seed Jeremy Casebeer/Reid Priddy and No. 4 Ed Ratledge/Roberto Rodriguez survived all tests in the winner’s bracket. Ratledge/Rodriguez closed out Day 2 with a straight set win over Tim Bomgren/Chaim Schalk (21-19, 21-17), while Casebeer/Priddy had to dig deep for a 20-22, 21-19, 18-16 win over No. 2 seed Taylor Crabb/Jake Gibb to stay perfect.

The pairs had to then wait for the contender’s bracket ripe with upsets to play out before finding out their Sunday foes.

The first surprise result of the day in the contender’s bracket was a 21-19, 25-23 win by No. 14 Mark Burik/Ian Satterfield over sixth-seeded Casey Patterson/Stafford Slick.

In the end though, it was Crabb/Gibb and Bomgren/Schalk, who advanced out of the contender’s bracket to round out the final four. Crabb/Gibb won 21-18, 21-16 to end Marciniak/Zaun’s run, while Bomgren/Schalk bested Bourne/Crabb 21-19, 24-22.