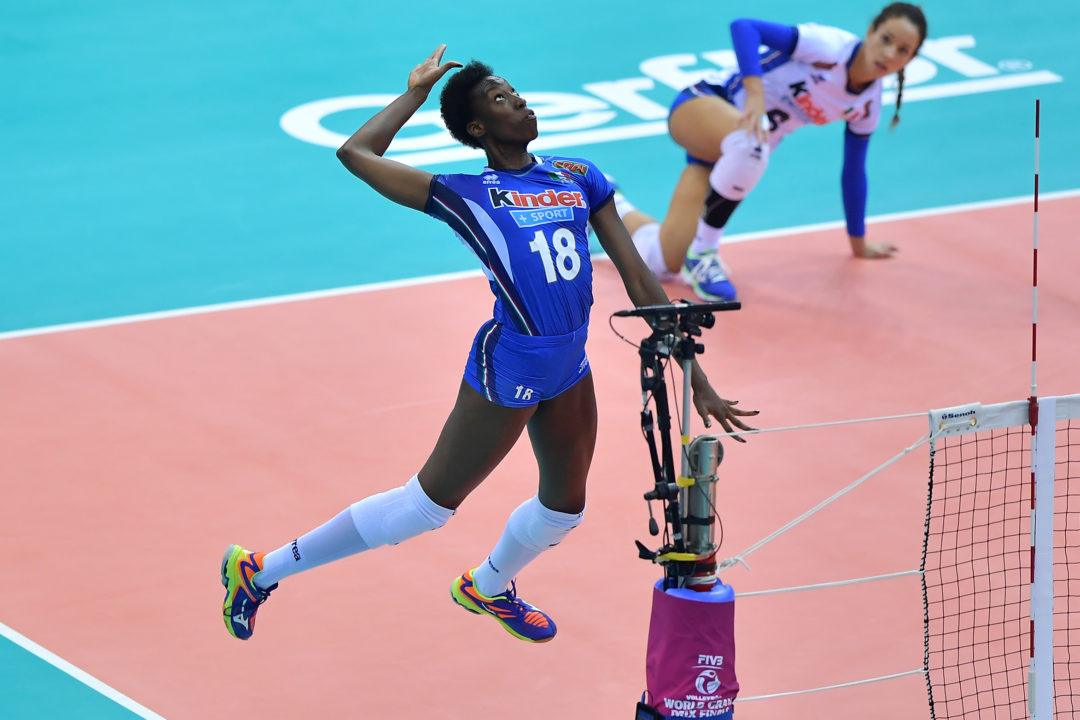 Caterina Bosetti‘s injury shocked Italian volleyball fans (Click here for video. Warning: viewer’s discretion is advised). A part of the Italian national team since 2011, the 24-year-old will have a long recovery ahead of her, with big chances of missing the 2018 FIVB World Championship to be held in Japan. This come as a big blow for the team which last got a podium finish in international play in 2010, a bronze at FIVB’s Grand Prix.

Retired Italian national teamer great Nadia Cantoni, who played with Bosetti for many years in the squad, commented on her injury, and said that from now on, Paola Egonu will have to step up in a major way (Fivb,com):

“They have a young squad with lots of talent and an excellent coach in Davide Mazzanti. Certainly after what happened to Caterina Bosetti there is a gap in position four, but it is still a team that can be successful at the World Championship. They have a lot of time to prepare ahead of October. I’m not sure how the team will be organised, but they can enjoy a good result. Thankfully Italy has Egonu. I said from the start of the season that she has huge potential, especially as she was playing for a team with huge expectations. She has shown the ability to continually develop and she is lucky to come under the guidance of Massimo Barbolini and Carlo Parisi, two successful coaches. She is also playing with some world class players, who have won Olympic and World Championship medals. Just training with that squad will mean she will continue to improve massively.”

Will the youngster be ready?