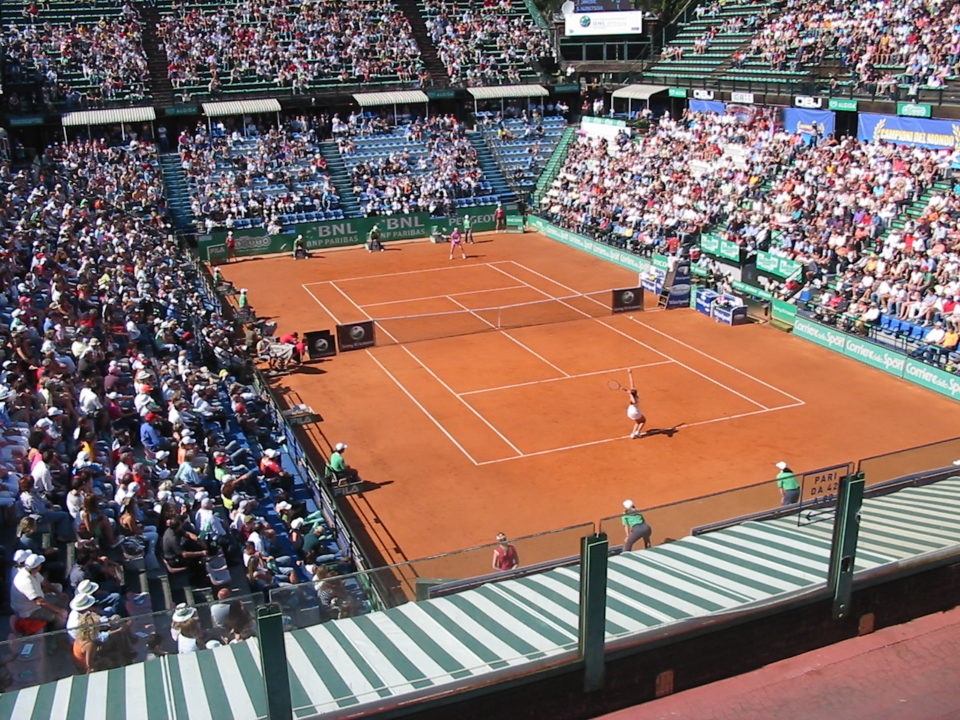 6-man volleyball is a sport played in many manners and places around the world, on many surfaces, and in many styles of arenas. But, traditionally, at the highest international levels, it’s played indoors in stadiums with roofs, protected from the elements, in controled environs.

In 2018, the FIVB World Championships will deviate from those traditions, and take the game back outside (which is not where it began, but globally is probably where it’s most-often played).

On September 9th, co-hosts Italy and Japan will open the men’s volleyball World Championships at the center stadium tennis court at the Foro Italico in  Rome. This will be the only match played in the venue, with the other 14 matches of Pool A being moved to the 7,500 seat Nelson Mandela Forum in Florence.

But for one glorious day, volleyball will be outside in front of what is expected to be a sell-out crowd of 11,000.

That means the game will be exposed to the elements, which is a rarity at this level. The forecast for match time on Sunday shows partly-cloudy skies,with temperatures around 78 Fahrenheit at match start time, dropping to about 73 degrees by its conclusion. Sunset in Rome on Sunday is due for exactly 7:30, the same time as the start of the match, so the sun shouldn’t be a major factor.  Humidity usually jumps in the evening hours as wind usually falls, but even though the high enclosed stands provide some protection, wind still does reach the court.

If conditions do unexpectedly deteriorate, then at least the scheduling would allow some slack time to make up the match the next evening without impacting the competitive balance of the tournament.

This match will be the only one played in the Italian capital of Rome.

Below, see a photo from Stefano d’Avack, who works in marketing & development with the Italian Olympic Committee, as crews work to remove the clay court and replace it with a volleyball surface.