Are The Americans Favorite To Win WCH Gold? 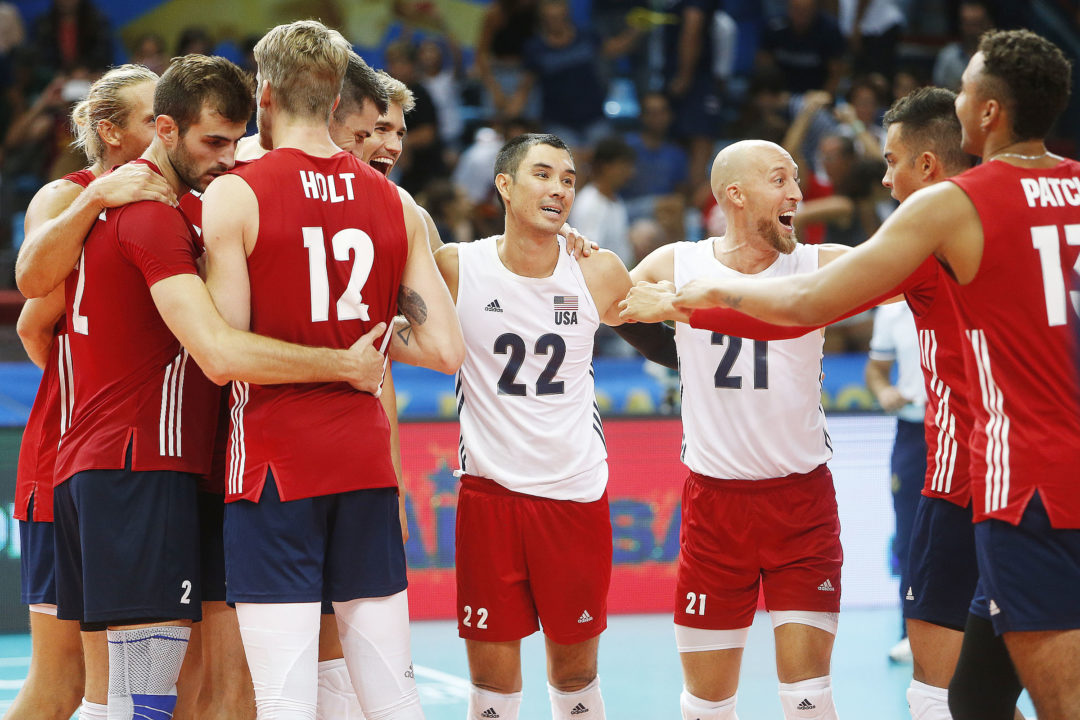 After winning Bronze at this year’s VNL, Team USA is definitely hungry for more. The team, which hasn’t won the WCH since 1986, is scaring off its opponents with its superb play. The only remaining unbeaten team in the competition, at 8-0, it also boasts the highest set-average-ratio of its Final-6 opponents. Can anybody stop the Americans in their way to the title?

It will definitely be hard for any of its opponents to do so. The American team has kept its core intact for the last 4 years, and its chemistry is really starting to show. Matt Anderson currently leads the competition in hitting efficiency at 60%, which is insane considering the level of play in Bulgaria and Italy. To make matters even better, Erik Shoji and Taylor Sander are among the best receivers in the competition so far, which makes Micah Christenson’s job, the highest rated setter of the tournament, that much easier.

Team USA’s play thus far in the competition so far has been so astounding, that its Bulgarians opponent compared the team to the “Monstars” in Space Jam. Here are a few more rounds of optimism in the team’s title from around the world:

“Brazil won’t have an easy time in the Final 6, after the drawing put it in the same pool as the Americans.Team USA has an impeccable campaign so far, it is sure the team to beat from now on.”– Brazil’s Daniel Rodrigues

“Each team from the top six had better and worse moments. Their promotion to the third phase of the tournament is certainly not accidental and they proved that they belong to the strict elite. In my opinion, the United States is the team that plays the most convincingly. I think the Americans have the best chance of winning the championship title.” – Polish Reporter Ireneusz Mazur

“Americans have always played at a high level. For me, they are the main contenders for the title. They are the best placed tactical team in the court, the best team in the block, and the best defensive team. They are play the game with class. If they are able to keep the level they have shown so far, they will be the champions.” – Bulgaria’s Nikolay Penchev