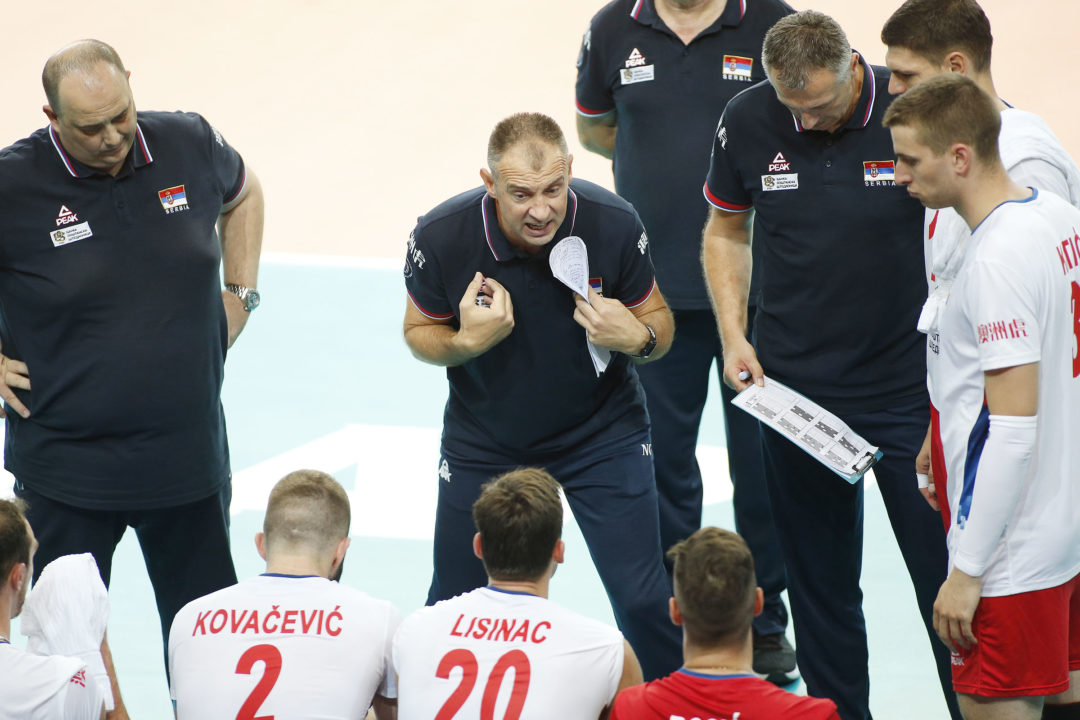 The Poland x Serbia match to finish off Round 2 and clinch the Poles a ticket to the competition’s Final-6 is the WCH controversy-gift that keeps on giving. A quick
reminder of what transpired: After losing games to Argentina and France, Poland needed to desperately win against the Serbian squad to advance to Round 3. The Serbian
squad, which was already qualified by finishing 1st in its pool, managed to get beaten by the Polish squad in less than 90 minutes of play, with no players scoring
more than 6 points in the match.

When confronted with the allegation that his team threw the match, Serbian coach Nikola Grbic was livid:

“I don’t need to make a clown out of myself. We already had a promotion in our pocket and it was hard to challenge the players. In addition, we wanted to save energy . I hope that we will meet with Poland in the next round and we will repay our loss. I really want this match. In the third round, or in the medal challenge, does not matter. I want to meet the Polish again.”

Polish captain Michal Kubiak didn’t like Grbic’s challenging tone, later stating that the Serbian coach is “allowed to say what he wants.” The rest of the Serbian
team, of course, supported of the coach’s stance:

“There was no shortage of motivation, we really wanted to win this match, but could not.” – Srecko Lisinac

“We were exhausted and we ran out of energy. I am sure, however, that in other circumstances we would have won against Poland.” – Uros Kovacević

When looking at the game’s stats, it’s easy to understand why the volleyball community, specially the French media, is upset with the game’s results. How did no one in the mighty Serbian squad managed to score more than 6 points, including offensive ace Aleksandar Atanasijevic, who scored only 5 points after tying the competition’s single game scoring record just a few games before? Regardless, Grbic’s wish was granted, as both teams will face off against each other again in the Final 6 on Thursday on Pool J.