The Dutch Play Much Better, But Brazil Comes Out On Top In Friendly #2 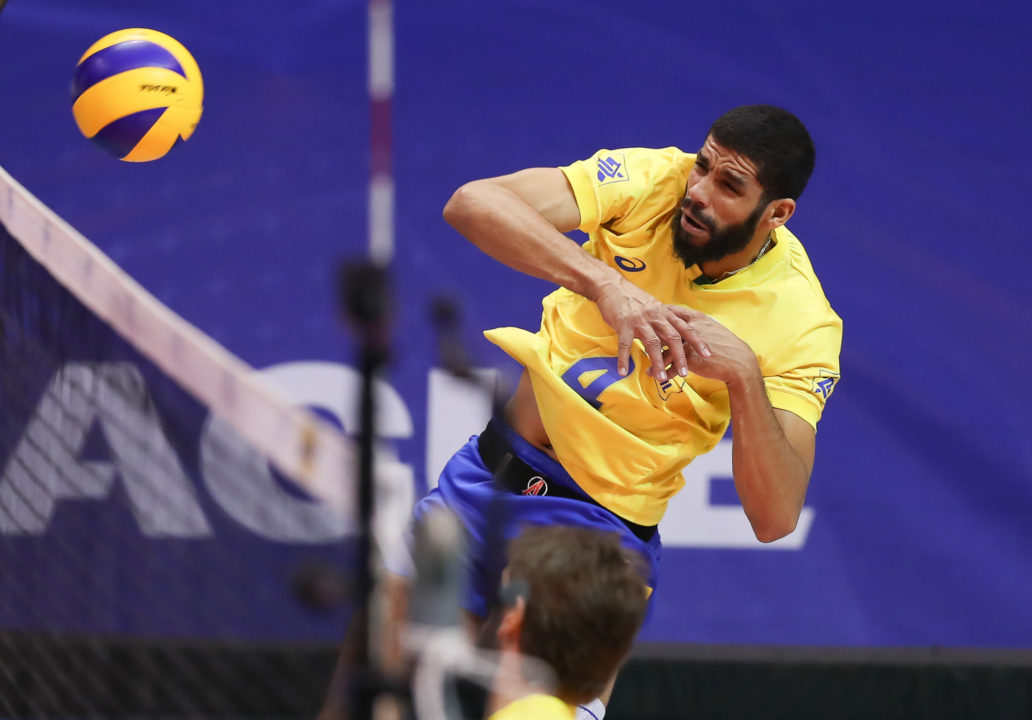 After an easy win in their first match, Brazil had to work a little bit harder the second time around... Current Photo via FIVB

After an easy win in their first match, Brazil had to work a little bit harder the second time around against the Dutch to come from behind and grab a 3-1 win (23/25, 25/17, 25/23, 25/19). Wallace Souza led all Brazilians with 14 points, while middle blockers Lucas Saatkamp and Mauricio Souza added 13 and 12 each. Wouter Ter Maat had 14 points in the losing effort.

Here are the post game reactions, courtesy of Melhordovolei.com.br:

“We played a good match. We were good in the defensive sector and served efficiently. It took us a while to understand the Dutch setter’s game system, since they started the game with their back-up. The Netherlands also played better than yesterday, forcing their service more. We need to have more patience when they break our recepion. We know that we’ll soon find the most balanced WCH roster of all time, with at least six or seven teams with clear chances at the title. So these games are being important to gain pace and to see where we need to grow. We had three weeks to improve and it was great to play with the heat of this Manaus crowd.” – Brazil’s captain Bruninho

“The Netherlands has been evolving every game. It was a lot harder today than the first friendly. We know we still have a lot to evolve and we are testing new things. I can say that I will never forget this birthday. I’m very happy.” – Brazil’s outside hitter Douglas Souza, who turned 23 yesterday

“The team is to be congratulated. We still need to improve in a number of situations during the game. However, we have grown in difficult times. We started the game by losing the first set, but the team knew how to have the patience and maturity to reverse this situation and close the next sets at decisive times.” Brazil’s coach Renan Dal Zotto