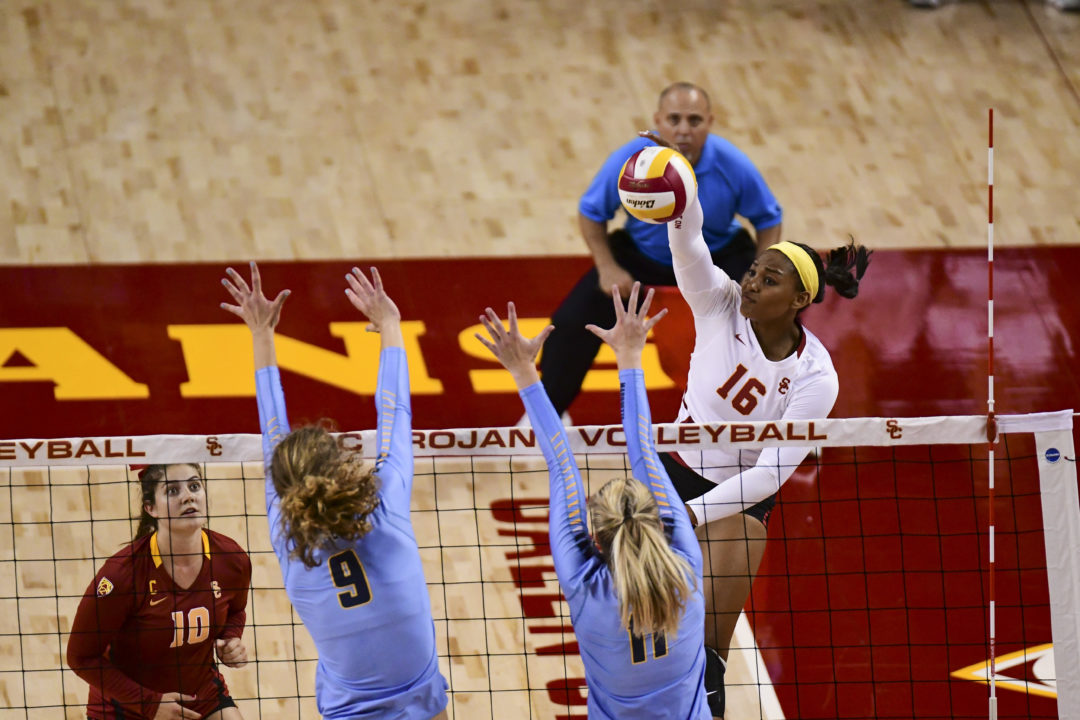 As the NCAA Tournament rolled on to the regional rounds, two more players joined the 1,000 kill club. Current Photo via USC Athletics

As the NCAA Tournament rolled on to the regional rounds, two more players joined the 1,000 kill club, moving the ranks to 149 members.

According to the NCAA’s active career leaders database, Lanier is just the first active sophomore to reach 1,000 career kills.

5️⃣0️⃣0️⃣! @khalia_lanier's 15th kill tonight gave her 500 this season. She is the 6th Trojan to score at least that many in a single season and joins @SamyBricio, Kaczor, @JenniferKessy, Jupiter, and @BibiCandelas! #FightOn #NCAAVB ✌???

Brown is just the second SEC player to join the group in 2017. The Big Ten also boasts two members of the group.

An extra special shoutout to my teammates for putting me in position to achieve this milestone! Anddd the best part is we still have more volleyball to play ? https://t.co/GTvMdL1yBi