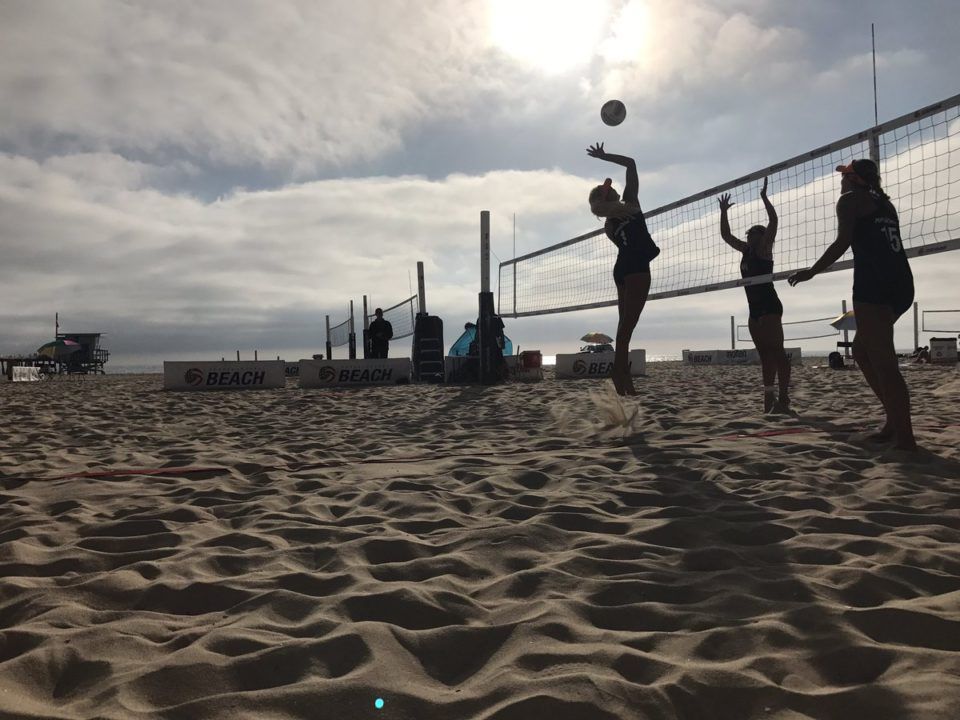 Two of the four teams in the USA Volleyball Collegiate Beach Championship quarterfinals will be wearing USC Trojan jerseys as top seeded Kelly Claes and Sarah Hughes and No. 4 seed Terese Cannon and Nicolette Martin both advanced.  Pepperdine’s Corinne Quiggle and Brittany Howard and Georgia State’s Chelsea Ross and Delaney Rohan round out the top four.

Top seeded Claes/Hughes are 5-0 in the tournament, winning Pool A and defeating Florida State’s Victoria Paranagua and Vanessa Freire in the Round of 16 and Loyola Marymount’s Sarah Sponcil and Savannah Slattery in the quarterfinals. Claes/Hughes, which went 38-1 on the No. 1 line for USC and won the Pac-12 pairs title, advanced to the semifinals with a 21-17, 21-18 win over the LMU duo.

Cannon/Martin are 4-1, finishing third in Pool D,  and topping Pepperdine’s Delaney Knudsen and Madalyn Roh in the Round of 16 and Arizona’s Madison and McKenna Witt in the quarterfinals. Cannon/Martin, which posted a 24-5 mark at No. 3 and secured the final point in the national champion match for the Trojans, moved on after edging the Witt twins 20-22, 21-19, 15-12.