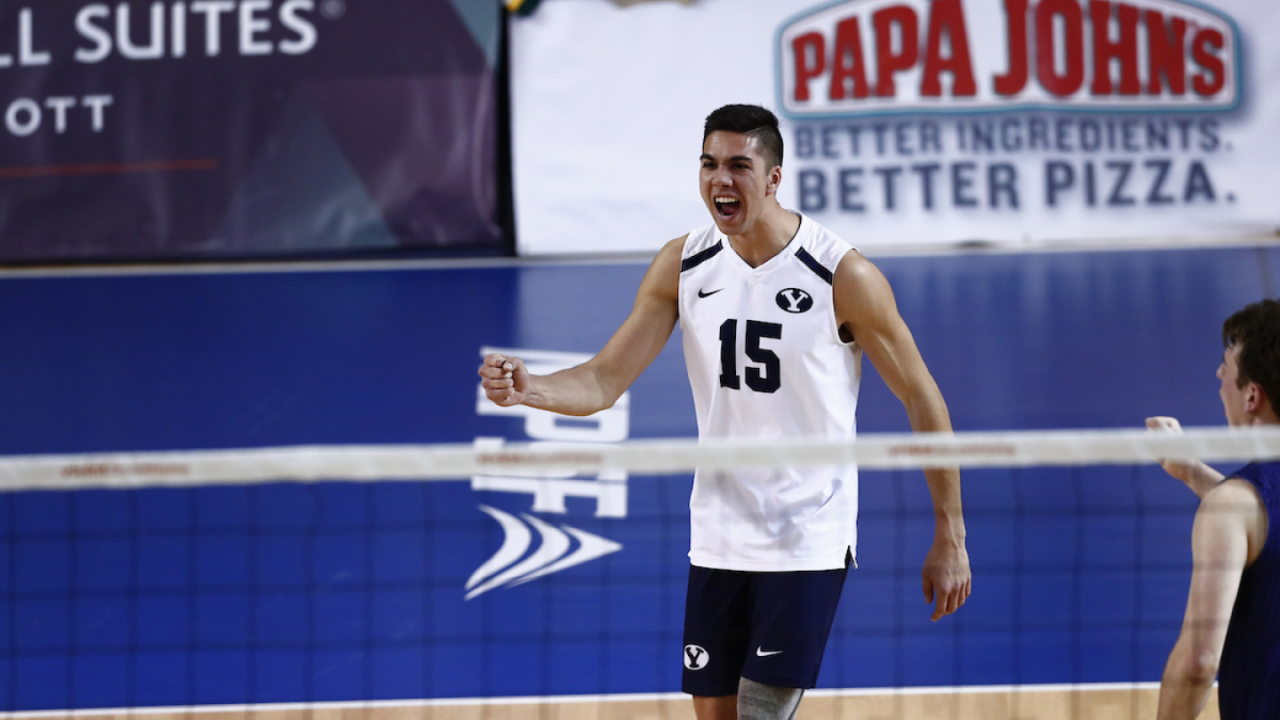 Key Stats: UCLA extended its win streak to six matches with a stellar offensive output on the road against No. 9 GCU. The Bruins hit at a season-high .494 clip, marking their fifth straight effort over .400, in the victory. UCLA nearly doubled the Lopes’ kill tally (49-27), while besting them 5-0 in aces and 10-4 in blocks.

Stat Leaders: Senior opposite Christian Hessenauer drove the ship for the Bruins with 14 kills on a .458 hitting effort to go with four blocks and a team-best six digs. Sophomore middle Daenan Gyimah and junior outside Dylan Missry added nine kills apiece and senior outside JT Hatch chipped in seven. Redshirt senior middle Oliver Martin and junior setter Micah Ma’a rounded out the balanced attack with five putaways each. Gyimah put up a team-best six blocks, while Martin hit at a .833 clip (5-0-6) and Ma’a added two aces.

It Was Over When: UCLA hit at a match-high .571 clip in Set 3 as Hessenauer turned in four kills and two blocks. Gyimah served up two aces in the stanza, while Ma’a added one. Six Bruins notched kills in the set, which saw UCLA close out the match on a 7-3 run. Leading 18-15, the visitors scored three of the next four, including kills by Gyimah and Hatch and a Ma’a ace. A kill and an ace by Gyimah aided the final 3-0 run to seal the 25-18 victory and the sweep.

Key Stats: CSUN finished a season sweep of Stanford with a home victory on Saturday with help from 15 blocks and seven aces. The Matadors outhit the Cardinal .256 to .188 in the match, including .300 or better efforts in the first two sets. Northridge also outdid Stanford 37-36 in kills, 7-3 in aces and 15-6 in blocks.

Stat Leaders: Senior opposite Arvis Greene made up for missing the first meeting between the teams with a dominant 16 kill effort. Junior middle Eric Chance added seven kills on a team-best .500 hitting effort to go with four blocks, while freshman outside Maciej Ptaszynski and junior outside Dimitar Kalchev notched five kills apiece. Ptaszynski served up a team-best three aces, while junior setter Sam Porter put up a team-high six blocks to go with his 32 assists.  Junior Emmett Enriques was the top libero in the match with 10 digs, ahead of his older brother Evan, who registered eight for the Cardinal.

It Was Over When: Northridge cruised to a 7-2 lead in Set 3 with four Byers stuffs. Stanford was back within two at 10-8 after back to back aces by Enriques. A 3-0 run, including two blocks, lifted the Cardinal into a tie at 14-all. The teams tied again at 18, 19 and 20, but the Matadors scored five of the final seven points to wrap up the sweep. Ptaszynski notched a kill and an ace and Stanford made two errors in the final stretch of the 25-22 win.

It Was Over When: BYU led by as many as six at 20-14 in Set 4 after three Sander aces, but USC rallied to tie it up at 21 with three kills and a block by Wyett. The Cougars worked their way to a 24-22 lead, but the Trojans tied it up with a kill by Moss and a stuff by Grasso and Inlow. A pair of Sander putaways gave the Cougars two more match point tries and a third finally sewed up the 27-25 victory. All told, Sander had six kills and three aces in the final stanza.