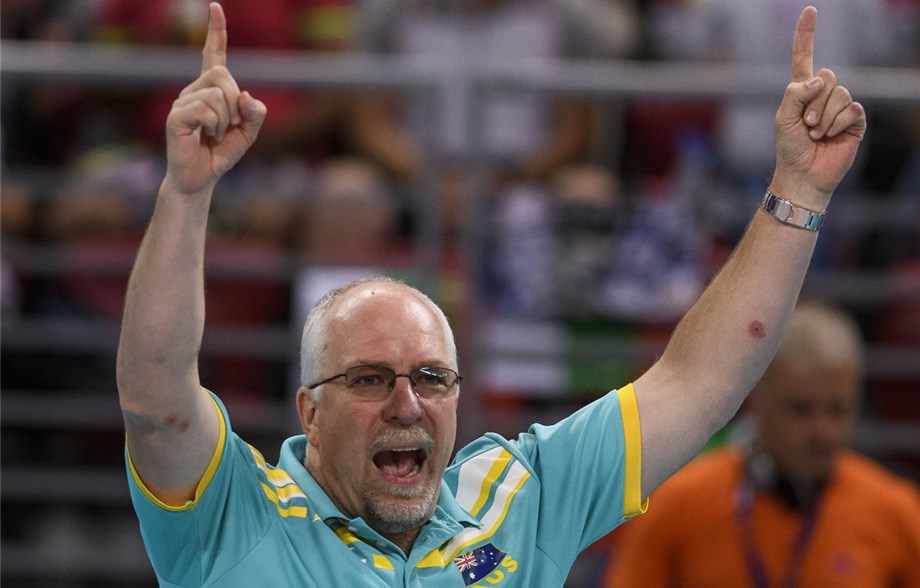 At the end of the day, Poland and the United States moved to 5-0 atop the standings with the Poles boasting the maximum 15 points to the USA's 13. Brazil, France and Italy round out the top five at 4-1.  Current Photo via FIVB

Six of the eight matches on Day 5 of the men’s VNL tournament were decided in sweeps. The exceptions saw Serbia win in five sets for the second straight day, moving past Russia, and Canada issue Argentina its fifth straight loss in a four-set affair.

At the end of the day, Poland and the United States moved to 5-0 atop the standings with the Poles boasting the maximum 15 points to the USA’s 13. Brazil, France and Italy round out the top five at 4-1.

Argentina and South Korea round out the 16-team field at the bottom at 0-5, although the Argentines have earned two points in their losses.

The day was full of ups and downs including the lights going out in Brazil, a potentially major ankle injury to Bulgaria’s setter Georgi Bratoev and Australia’s first win of the tournament.

Standout performances included a 29-point tally by Serbia’s Drazen Luburic and 23-point efforts by Argentina’s Facundo Conte and Russia’s Dmitriy Muserskiy. Luburic was the only one of the three to lead his team to victory, utilizing 28 putaways in the five-set win over Russia. Muserskiy did his best to counter with 17 kills, five blocks and an ace, but it was not enough. Conte notched 20 kills and three blocks, in a losing effort against Canada.

Here’s a look at how the results shook out:

The battle of the tournament is on tap for Sunday at 11:40 a.m. ET as defending Olympic champions and top ranked Brazil hosts the second ranked squad from the United States.

Poland looks to remain atop the standings with a match against Germany awaiting.

Argentina looks to get off the schnide against fourth ranked Italy, while South Korea looks for its first win against regional foe Japan.