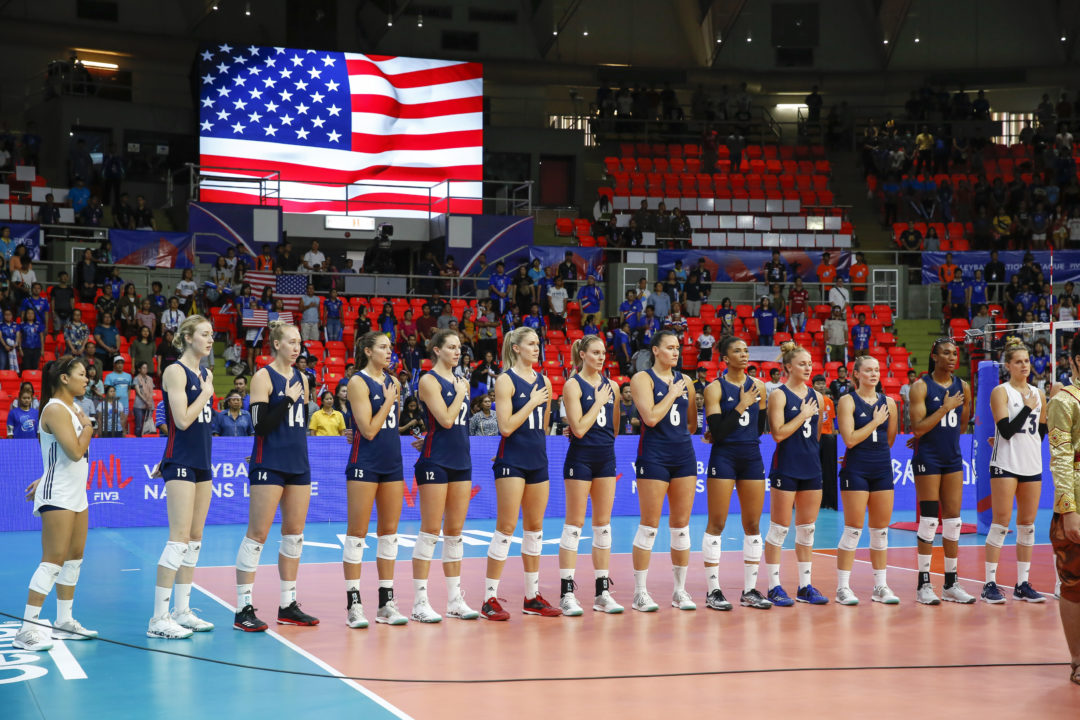 The United States outdid Germany 48-30 in kills and 5-2 in aces as Michelle Bartsch-Hackley once again led the way in a sweep Tuesday.  Current Photo via FIVB

The United States outdid Germany 48-30 in kills and 5-2 in aces as Michelle Bartsch-Hackley once again led the way in a sweep Tuesday.

Louisa Lippman was the top scorer for Germany, but was held to just nine points.

The opening stanza saw Team USA surge ahead with the first four points of the match and never look back, despite a knotup at 11, in a 25-18 win. The Americans trailed briefly in Set 2 at 14-13, but closed out the set on a 12-3 run, capped by a Murphy putaway. The United States struck first again in Set 3, going up 7-2 and hanging on for a 25-17 win, securing the victory on its third match-point try, a kill from Adams.

Kelsey Robinson relished her new role as the team’s second libero, starting the match and handling 27 of the team’s 43 service receptions, with a 59 positive reception percent.

The USA will face off with NORCECA foe, the Dominican Republic at 4 a.m. ET on Wednesday.