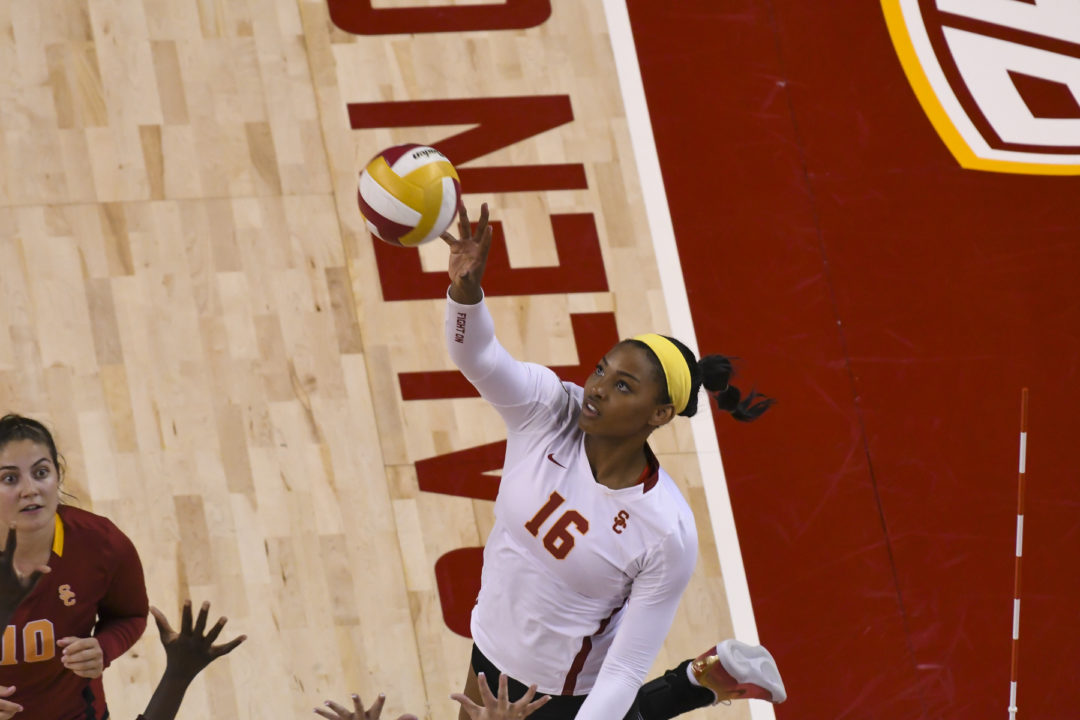 After coming a point away from a Final Four, USC impressed in Regional weekend to gain traction in the penultimate VolleyMob Top 25 Power Rankings. Archive Photo via USC Athletics/Volleyball

Just 16 teams in the VolleyMob Top 25 Power Rankings were in action in the Regionals, so there wasn’t a ton of shifting in this week’s edition. The biggest changes come in the top 10 with things getting sorted out at the Final Four this week. Outside of that top four though, the rankings should be set for the final poll.

Once again though, the Nittany Lions of Penn State stick at the top where they will look to become the National Champions this week.