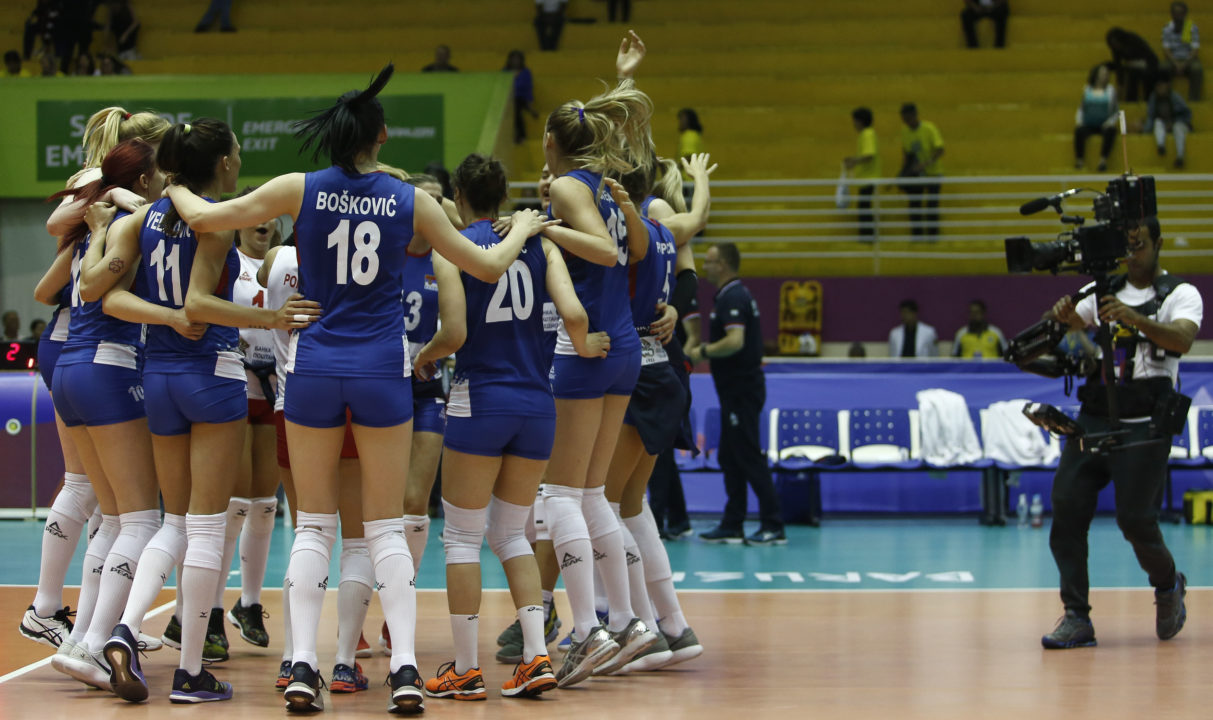 This group is a murderers row for the standings with three of the four teams ranking among the top six heading into the week.  Current

This group is a murderers row for the standings with three of the four teams ranking among the top six heading into the week.

Serbia is firmly planted in the top group after two weeks of VNL play at 5-1 with 15 points. The Serbs’ lone setback was a 4-set affair against homestanding No. 4 Brazil to wrap up Week 1 play. The team also has faced No. 1 China and No. 6 Japan.

Turkey is right behind at 5-1 with 14 points. The Turkish side suffered its only loss in a four-set decision against Brazil to open Week 2. Turkey issued a surprise defeat to No. 2 USA on opening week as well.

Russia is looking to bust into the top 5 with a good showing. At 4-2 and with 12 points, the Russians are right on the cusp. No. 7 Italy is the most difficult team the Russians have faced thus far, so the matchup with Serbia will be one of the premier contests of the week.

Belgium looks to be the group’s whipping boy this week, and comes into the week on a three-match losing skid.

As mentioned above, we will truly find out what Turkey, Serbia and Russia are made of as the team’s face off on consecutive days. The results of the week could go a long way in determining the final five as points will be at a premium and these could go the distance.

Playing at home could be the edge that Serbia needs to get a leg up on the competition.