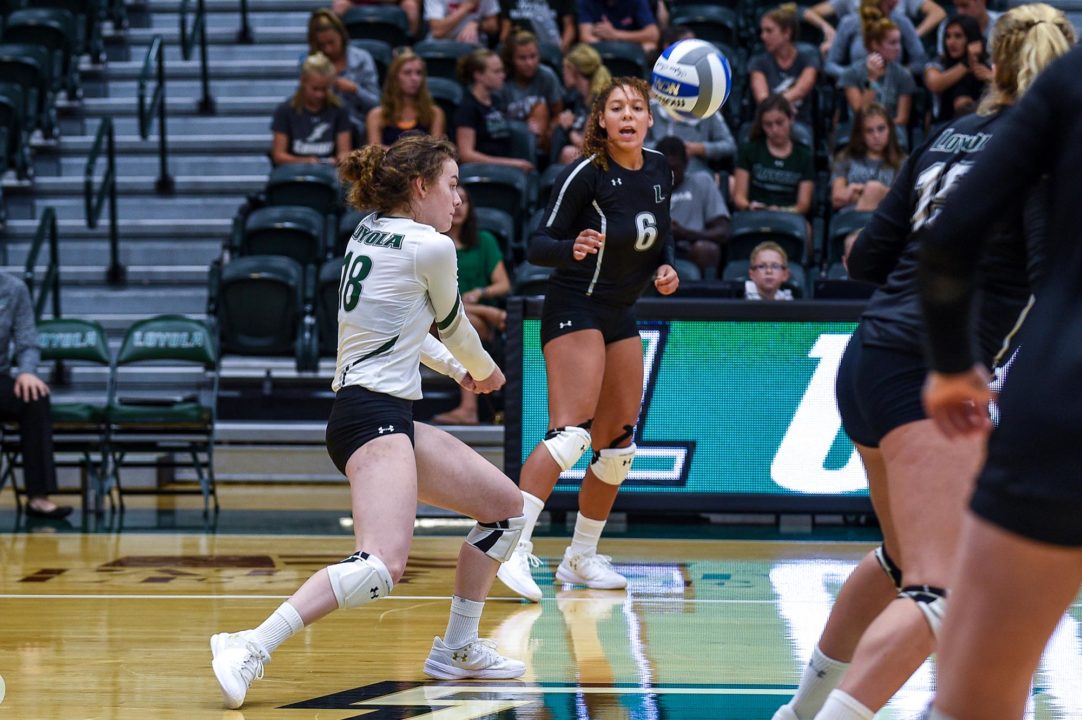 Loyola Maryland’s Katie Forsythe racked up three 30-plus dig efforts and was perfect on serve receive en route to VolleyMob’s Week 7 Player of the Week honor.

The freshman libero averaged 8.15 digs per set and made good on all 50 of her serve reception chances. She posted 30 digs in 3-1 loss to American, added 34 digs in a five-set win over Army and wrapped up weekend with 42 digs in a four-set match vs. Holy Cross. The Perry, Ohio’ native’s 42-dig haul is a school record and the second most in Patriot League history (rally scoring era). The three efforts make her the first ever Loyola player to notch three straight 30-plus dig performances. Forsythe snapped her own school record of 41 from the team’s Aug. 25 five-set match vs. Towson.  The rookie also added 17 assists and two aces on the week en route to Patriot League Rookie of the Week nods.

Averaged 8.00 digs per set; posted career-best 38 digs against Weber State, third on ISU’s match records list; tallied 18 digs in a sweep of Northern Colorado; made good on 33 of 34 serve reception chances (.971); tacked on six assists and an ace; Big Sky Defensive Player of the Week