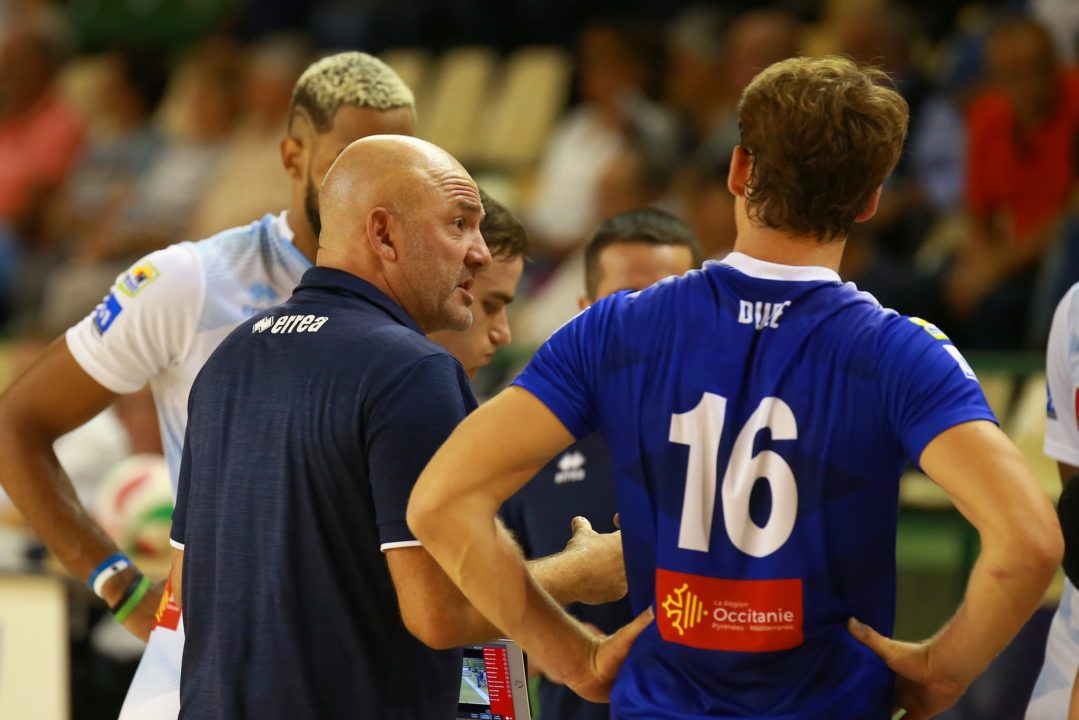 The Ligue A match of the week features #1 Montpellier against Chaumont, the defending champions who were in third place going into week four play. Archive Photo via http://www.montpellier-volley.com/

In a Saturday night showcase match with significant implications for the top half of the French Ligue A table, the Montpellier UC side, currently in the top position, takes on defending Ligue A champions and winners of the 2017 Supercoupe, Chaumont VB-52, which checked in at third after three weeks of play.

Other table-toppers include Tours VB, which already won its week four match over Nantes Reze on Friday, and Paris Volley, which ranked second going into week four action, but has already dropped a five-set thriller to Spacer’s Toulouse, also on Friday.

Players to watch for Montpellier during Saturday’s match include middle Andri Aganits, the transfer from Stade Poitevin Volley Beach (Poitiers), who currently leads Ligue A with 1.5 winning blocks per set, and opposite Jean Patry, who has recorded a team-high 58 points this season.

For the home side, receiver/attacker Bruno Lima ranks fifth in the league with a 62% excellent attack percentage, and opposite Stephen Boyer has registered a team-high 55 points, while receiver/attacker Yacine Louati ranks second in scoring for Chaumont with 36 points.