With One Year Left To Wait, Leal Talks About Playing For Brazil’s NT 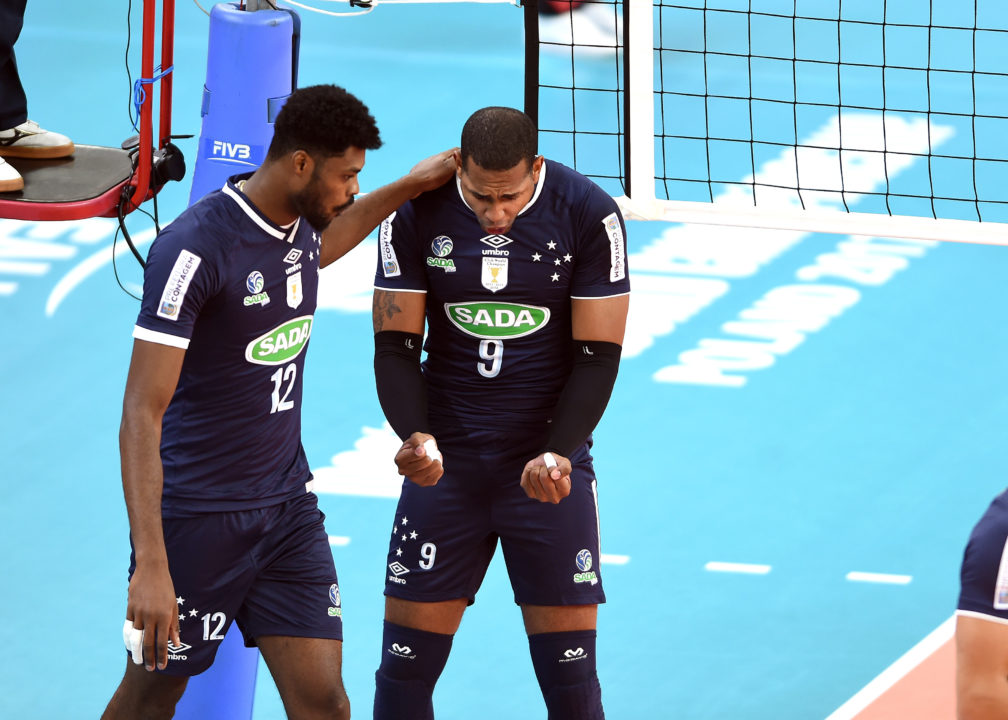 Cuban superstar Yoandy Leal would be an amazing addition to any national team in the world. The high-flying offensive juggernaut... Current Photo via FIVB

Cuban superstar Yoandy Leal would be an amazing addition to any national team in the world. The high-flying offensive juggernaut defected from Cuba to Brazil in 2010, and after two years of ineligibility joined powerhouse Sada/Cruzeiro to start off his brilliant international career. He then applied for Brazilian citizenship, which was granted, and after FIVB completely butchered his clearance to play for the country’s national team, he is now one  year away from finally being able to debut.

He recently talked to Globo.com about how he is dealing with the wait and his recent transfer to Italy’s Civitanova:

How do you control the anxiety to finally debut for Brazil’s national team?

– I was naturalized in 2015. I was happy with the possibility of playing for the Brazilian team. Unfortunately, a week later, they said I could not play right away. The new date is now only on April 30, 2019. Having to wait longer is very difficult, I’m already 29 years old and I’m crazy about finally playig for the national team. When the opportunity comes, I will have to play well.

Playing in Italy, do you fear leaving Brazil and not have the media’s and fans’ support to be chosen for the national team?

– I don’t think this will matter when selection time comes around. I played six years in Cruzeiro and demonstrated my skills. My move to Italy is best for my growth in volleyball, I can prepare myself even more for 2019. There are many great Brazilian players who have been out there as well. It may be even better to play there and then serve the Brazilian team.

You will play your last game for Cruzeiro this weekend. How are you dealing with this?

I am sad. A few months ago when I made the decision, I informed the people at the club about this feeling. Cruzeiro has made me the player that I am. I owe a lot to the club. There were many titles, six years playing. I played hard in every game. I always wanted to win and I won a lot. The fans and the club have always trusted my work. There is a game left and this week is very different. I have to concentrate for Sunday, to be a champion and, God willing, cry a little when it is time to say good-bye.

With Daughter On The Way, Simon Contemplating Brazilian Citizenship