Sesi Closing In On Superliga Leaders – Round 7 Recap 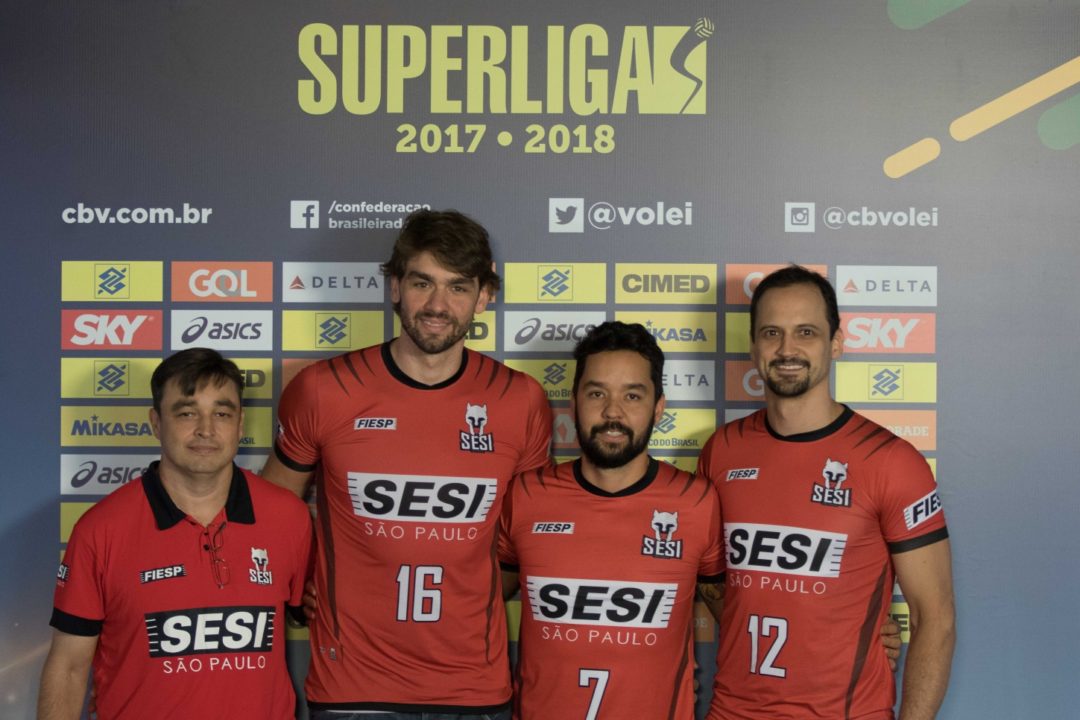 Can the team bother Superliga's top tier powerhouses further in the season? Current Photo via CBV

Round 6 of Superliga saw teams fighting to position themselves in a favorable playoff berth. While most of title favorites had no trouble advancing through its competition, Taubaté almost got upset by Montes Claros, winning the game at the tie break after opening up a comfortable 2-0 lead. This was a Montes Claros team without one of its most important players, Fabrício Dias (Lorena), who was left out of the game roster most probably due to the fight he had with his coach last week. Below, you’ll find information from all of the day’s action:

Team of the week: Sesi/SP

With this week’s win over state rivals Campinas, Sesi achieved greater comfort in the standings en route to playoff home court advantage. It now holds a six point league over 5th place Minas, although it has played an extra game. Sesi won its game in controlled fashion, dominating its opponent both in the defensive and offensive aspects of the game. It out-blocked Campinas 15 to 6 in the match, while also outhitting them 56% to 41%.

Player of the week: Alan Souza

Although only 23 years old, Alan Souza is one of the biggest promises in Brazilian volleyball. This week he remembered fans why. The outside hitter had  a great all around performance, scoring 25 points on 22 for 37 (59%) hitting and three blocks on Sesi‘s win over Campinas. Sesi‘s hopes for a deep Superliga playoff run rests on Souza’s further development as a player this season.

*These teams had some games played ahead of schedule