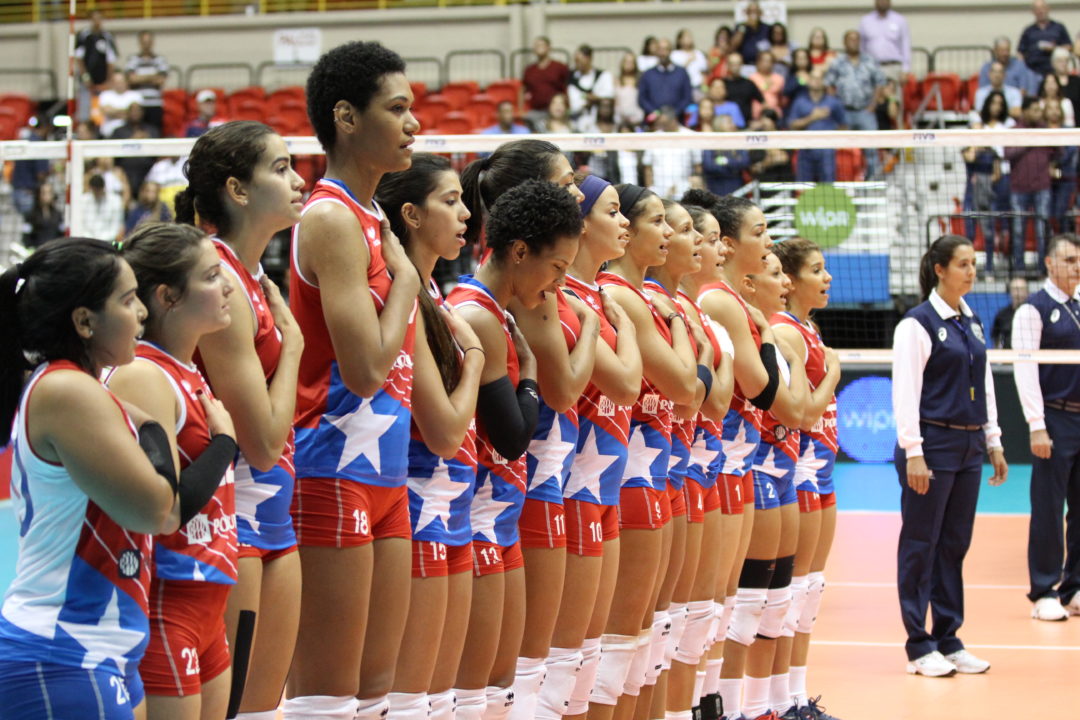 The first edition of the NORCECA Women’s Volleyball Nations League Challenge Cup Final Continental Qualification Tournament (or, the Norceca Challenge Cup, as we’ll call it), kicks off Thursday in Edmonton, Alberta, Canada. The tournament is the first step in qualifying for the 2019 Volleyball Nations League for teams not among the 12 “core nations” that earn automatic invites to each tournament. The United States is the only “core nation” from NORCECA.

This year’s inaugural tournament will take place at the Edmonton Expo Centre, Hall D, which has 5,527 permanent seats. While pre-tournament events began on Tuesday, actual play doesn’t begin until Thursday. Then, there will be 3 days of pool play before Sunday’s classification matches.

6 teams were chosen based on the highest-ranked teams in the NORCECA rankings as of January 1, 2018 that aren’t already participating in the Nations League. With the United States and Dominican Republic already competing, and #6 Mexico declining (though strangely their men’s team will be in Edmonton that weekend playing a friendly), that makes this year’s participants:

All times are listed in Edmonton Time, also known as Rocky Mountain Time or Mountain Time in most of North America. The teams are split into two pools, and will play a single round-robin match to determine placement within those pools

The winners of each pool will play for the championship. The runners-up for each pool plays for bronze. The 3rd-place finishers in each pool play for 5th place. All placement matches take place on Sunday.

The winner of the championship match advances to the FIVB Challenger Cup later this summer, where the hosts will play an Asian representative, a team from either South America or Africa, 2 teams from Europe, and the NORCECA team determined this week.

Based on results of last year’s Pan American Cup, which should be pretty reliable, Puerto Rico and 23-year old captain Daly Santana should be heavy favorites (see their roster here). They actually only saw one other team competing this week in last year’s Pan American Cup, and that was Cuba, who they dominated 3-0 (25-23, 25-22, 25-17) in the quarterfinals of the championship bracket. Cuba is the second-highest seeded team in this tournament.

Canada will have a big advantage as the host team, and they’ve added a few new faces to their roster from last year. The team’s top scorer last summer, opposite Shainah Joseph, has half-a-season of professional play under her belt.

And then there’s the always-unpredictable insular Cuban team, who won the Pan American Cup in 2016, but came home without two of their star players, Heidy Casanova and Lisset Herrera, who have both apparently defected. With a regime change in Cuba, there is a chance long-term for reforms that will keep their athletes on their National Teams, but for now, that’s a massive blow to their chances. That paints Canada and Puerto Rico as heavy favorites to make the championship match on Sunday.