Sound Bytes: What They Were Saying on Volleyball Nations League Day 1 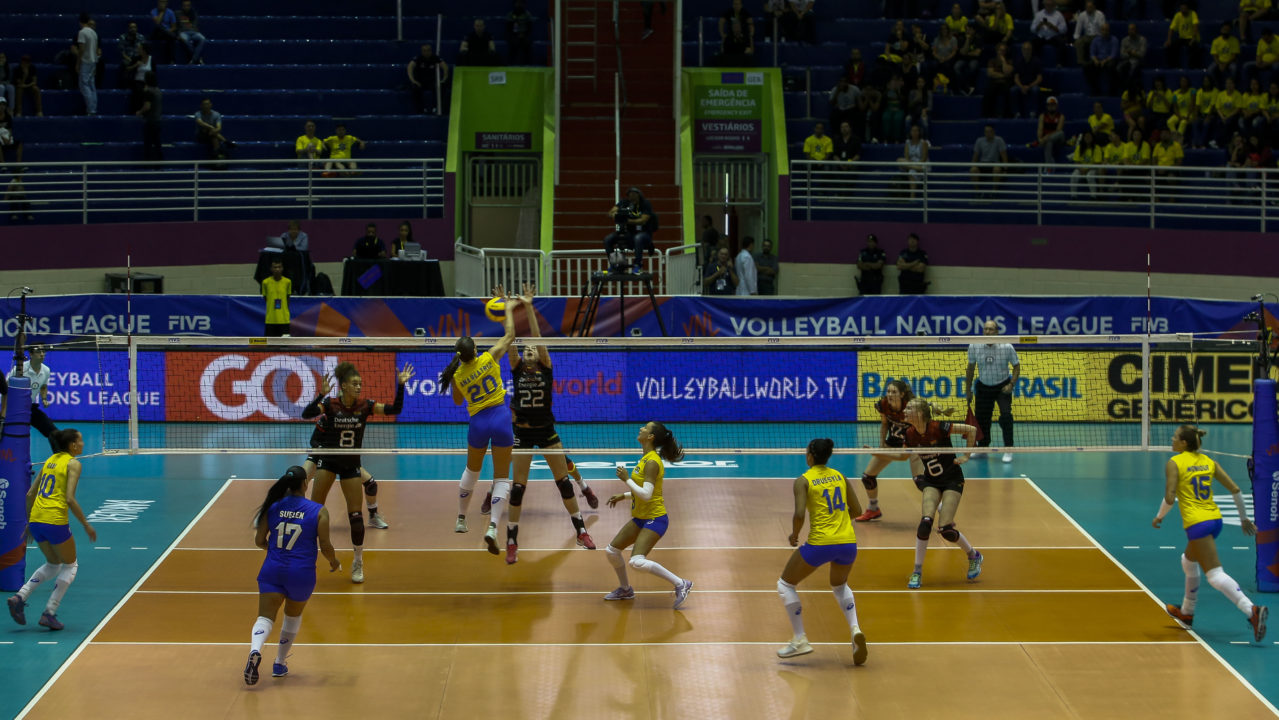 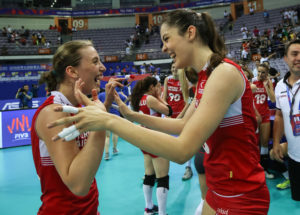 Day one of the highly anticipated Volleyball Nations League brought excitement for players and fans and trepidation for coaches who worried their short training time with their players would not be enough.

In the end, there was only one major upset, with Germany besting home-standing Brazil in four sets, but there was plenty to say when the matches wrapped up.

Here’s a roundup of the day’s action in quotes.

Netherlands captain Maret Balkestein-Grothues: “We did a lot of push serves. Maybe we were a little bit sloppy in the second set. In the third set we felt a lot of pressure, so this will be a good lesson for us to help us in the next matches.”

Thailand coach Danai Sriwacharamaytakul: “It’s very difficult to get a point against the Netherlands team because they have a high block and they play very tight. We tried to put more strength and did our best.”

Russia coach Vadim Pankov: “We were disorganized and lacked accuracy in the first set. We were not familiar with our rivals but we also did not do our best against them. We made many attack mistakes and we could not anticipate their attack. We needed some time to analyze their game before we could change our defense and reception.

“Romanova was a little bit off today and Parubets played an unstable game in the first set. Malykh and Voronkova contributed a lot of sharp attacks and serves. I saw that a lot of them were nervous, but we had to go through this experience.”

On the other hand, the Argentinian coach was pleased with his team’s effort, which saw the team outdone in kills (54-44), blocks (13-10) and aces (7-2) and top scorer Anahi Florencia Tosi turn in 18 points.

Argentina coach Guillermo Orduna: “We played a good match today as the two sets were played on a very high level. We need to improve match per match. We are a young team and I think we will have a good future.”

Belgium coach Gert Vande Broek: “We are all very happy to get the three points and to open the first ever match of the Volleyball Nations League. We are very proud we can start with this victory and play with great quality against a great opponent.

“We were a little bit nervous today, especially at the start of the match, but then we started to fight and we played better. We got a scare in the second set, when we lost five to six points from Yang Hyo Jin’s serve. I am proud of my team for the way they fought and the way we executed all our blocks.”

Korean captain Kim Yeon Koung was disappointed with her team’s effort, especially to start the match: “We didn’t perform well in the first game. We even did worse than in our daily training. We will prepare for the next match and we will show our best.”

China coach Lang Ping: “I asked the players to focus on the match and they did an excellent job. We had a good result and I hope my players can seize the opportunity to improve themselves in the game. The key to winning the match is the players’ dedication to the game and also how the veterans helped the younger players.

“I paid a lot of attention to my new player Li Yingying. She never played as an outside spiker before, so I told her that she’s allowed to make mistakes. I expected her to go all out without any hesitation and just relax when she makes mistakes because there are other players who will make it up for her. Great players like Zhang Changning and Zhu Ting started young and lacked experience too.”

Dominican Republic coach Marcos Kwiek was quick to credit his opponents, instead of critiquing his team’s game: “This was a very difficult match since our opponents are very tough. They have done an excellent job today especially on serving. I think Yuan Xinyue did a great job. I am impressed by her level of understanding the game and her attack skills had a great impact in our game.”

Turkish coach Giovanni Guidetti was pleased with his team’s attitude: “I am happy about how the team played. I enjoyed the atmosphere on the court. I liked the spirit of the players and the way they fought for every ball.”

Turkish captain Eda Erdem Dundar echoed her coach’s sentiments: “We put all of our energy on the court. We are a young team, but we have so many talented players. We enjoy when we play together. Today showed that we are real fighters. We don’t give up.”

On the other hand, Italian coach Davide Mazzanti was disappointed in his team’s mistakes: “We gave away too much, especially in the second set. We are working on attacking. Sometimes we lose our timing and we are working on that. Today we were not able to do well in defense and blocking. Turkey had the chance to profit from our weakness today.”

Illinois alumna Michelle Bartsch-Hackley was the breakout star of the match, racking up 27 points, including a match-high 25 kills, while hometown hero and team captain Jordan Larson chipped in 20 points as the Americans held on for a 28-26, 25-22, 22-25, 25-15 win.

Bartsch-Hackley was a bit coy about her standout effort: “(27 points) feels good, but also it is my job. I can’t take too much credit, my team is great.”

Larson said a lack of training time contributed to some of the team’s mistakes: “We’ve only been together a few times – 4 or 5 practices that the crew has been together, so I think we are still working out a lot of kinks.”

As for the other side of the coin, Poland’s captain Agnieszka Kakolewska was thrilled with her team’s performance: “I am so happy and so proud of our team, because we are so young and we fought against one of the best teams in the world.”

German captain and top scorer Maren Fromm couldn’t even express her emotions after the win: “I have no words for this victory. It is always an honor to play in Brazil against them. The atmosphere was great. I don’t know how we did it but we tried to do what we practiced and it worked well.”

Her coach, Felix Koslowski shared his pride in his team’s turnaround after the first set: “It was not an easy match for my team today. In the first set, we started a little bit slow and I think we felt the atmosphere. Brazil played really quick but we stayed calm. The team came totally different and we played an amazing game. I think it was an amazing victory for my young team and I am really proud of them.”

Brazil coach Jose Roberto Guimaraes was quick to talk about the future after his team was outblocked 10-6 and outserved 9-6: “We had to adjust our defensive system and that did not work well today. We will keep testing our players and we will practice even more to play better in the next matches.”

Boskovic, who scored 23 points with 20 kills and three aces, spoke to the importance of the win: “We are happy that we started this competition with a victory. It was really important for us. Japan are always good opponents. I hope that tomorrow and the day after we will be able to improve our game.”

Meanwhile Japanese captain Nana Iwasaka was frustrated in her team’s performance: “We were not able to show our brand of volleyball today. We couldn’t play well against them.”