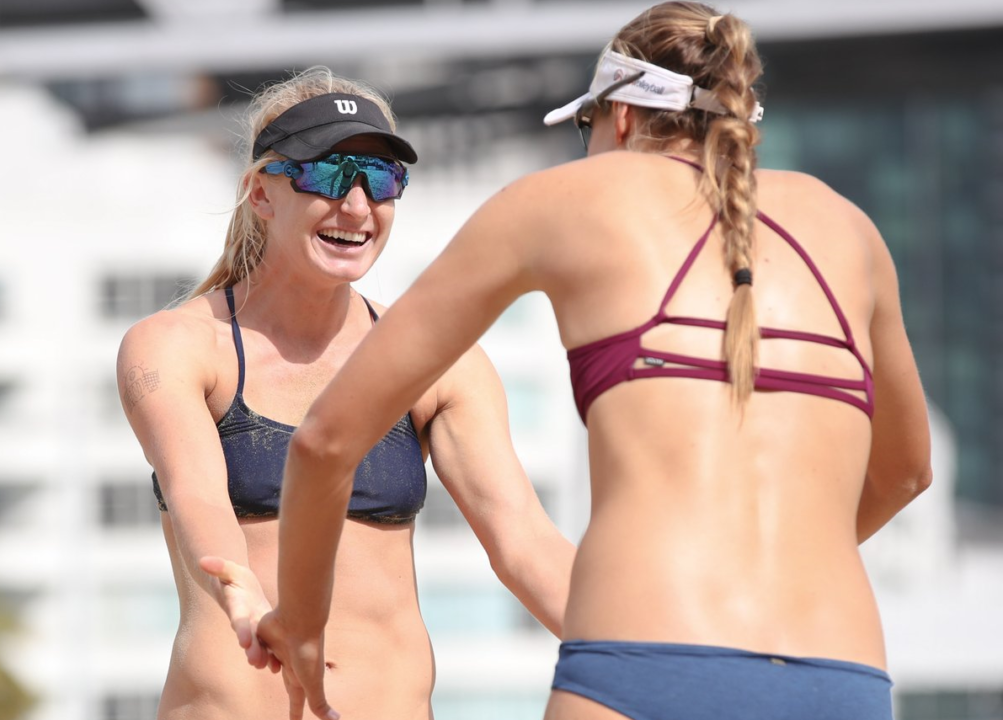 After the first day of main draw action, four men's teams and four women's are undefeated atop the winner's bracket heading into Saturday, including No. 8 Brittany Howard/Kelly Reeves and No. 7 Tim Bomgren/Chaim Schalk. Current Photo via AVP

After the first day of main draw action, four men’s teams and four women’s are undefeated atop the winner’s bracket heading into Saturday.

Allen/Doherty cruised through a pair of straight set victories. The other three pairs won their opening match in straight sets, but had to battle through tiebreak affairs to stay alive in the winner’s bracket. Ratledge/Rodriguez and Bomgren/Schalk held on for three-set wins, while Budinger/Rosenthal rallied after falling 23-21 in the first set.

The eight teams left in the contender’s bracket are:

The 12 remaining teams in both the men’s and women’s brackets will receive at least $2,500, with the four in the winner’s bracket set to earn at least $5,200.

On the women’s side, No. 2 Alix Klineman/April Ross, No. 3 Kelley Larsen/Emily Stockman, No. 4 Caitlin Ledoux/Geena Urango and No. 8 Brittany Howard/Kelly Reeves advanced through the winner’s bracket.

Howard/Reeves had the toughest road, making their way through a pair of tiebreak matches, first topping No. 9 Aurora Davis/Bree Scarbrough and then edging No. 1 Emily Day/Betsi Flint. Larsen/Stockman lost their opening set of the day, but rallied to win four straight. Ledoux/Urango bested No. 5 Lane Carico/Karolina Marciniak in their second match, posting a 10-21, 21-19, 15-9 victory. 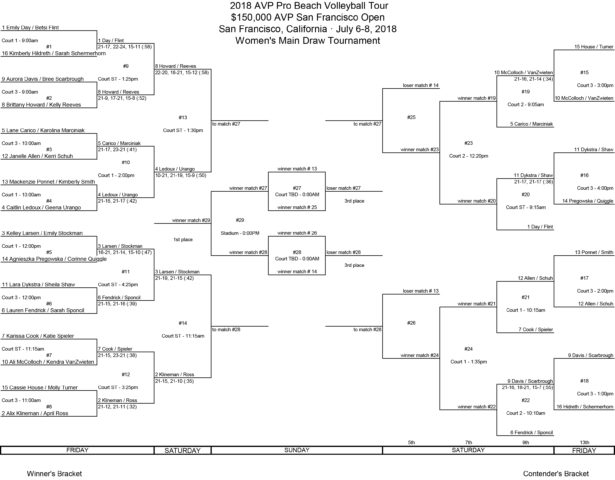 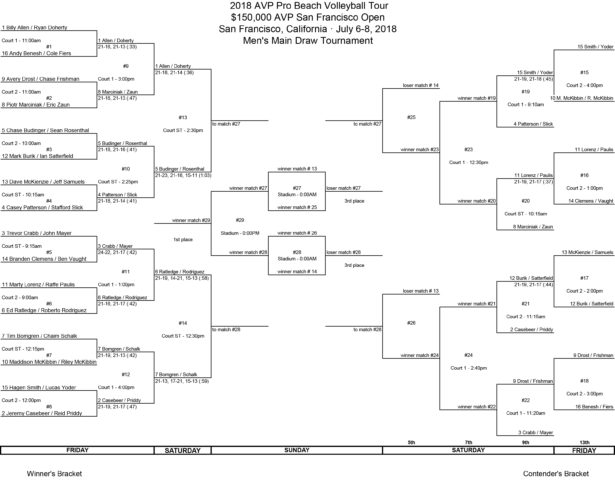