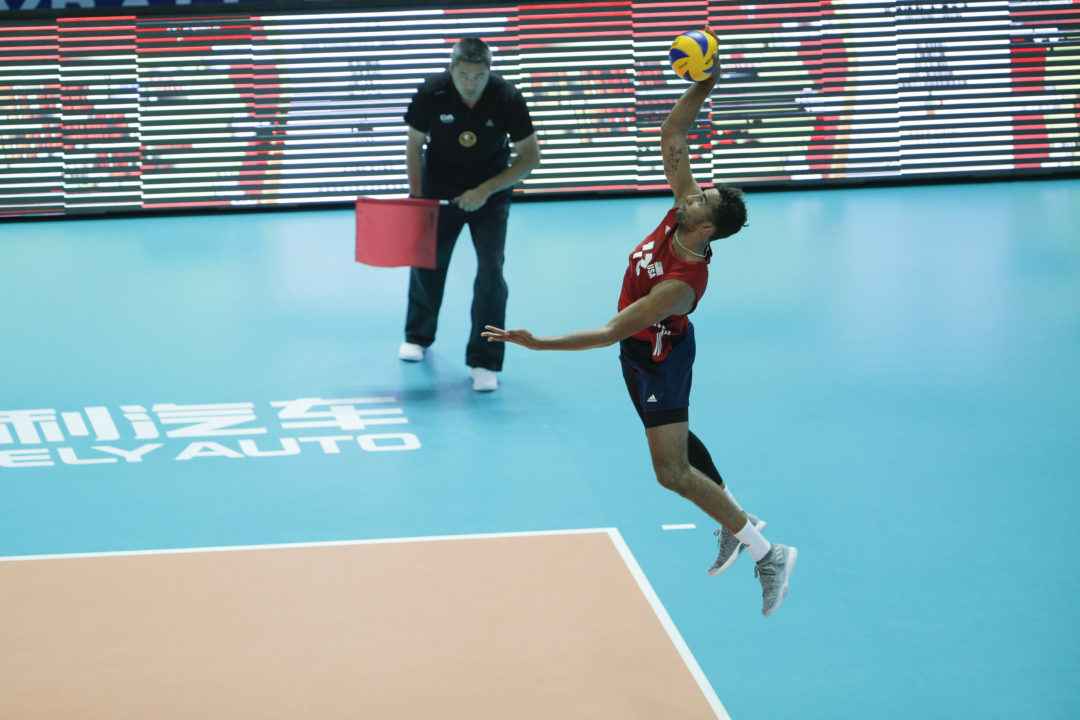 Even Ben Patch's 2 service aces and 13 service errors in week 1 were a big improvement from last year. Current Photo via FIVB

One of the biggest stories of last year’s FIVB Men’s Volleyball World League was the American men’s struggle from the service stripe. Early returns for the 2018 Volleyball Nations League show some improvement there, however.

The service game, in spite of still-high errors, does seem to be improving.

This year, they are tied with Italy for the most aces through 1 week of play at 22, which for the Americans comes out to 1.83 aces/set.

The U.S. also had 58 service errors, however, which ranked them 2nd behind Bulgaria for the most. At 4.83/set, however, that’s still a small improvement from last year.

Taylor Sander leads the Americans with 6 aces (and 11 errors), while Kawika Shoji has 5 aces and 8 errors. Ben Patch continues to have problems from the service stripe, though he is improving – in last year’s World League preliminary rounds, he had 1 ace and 26 service errors. This year, he’s at 2 aces and just 13 errors in 35 attempts so far.

Other key statistical trends after Week 1: