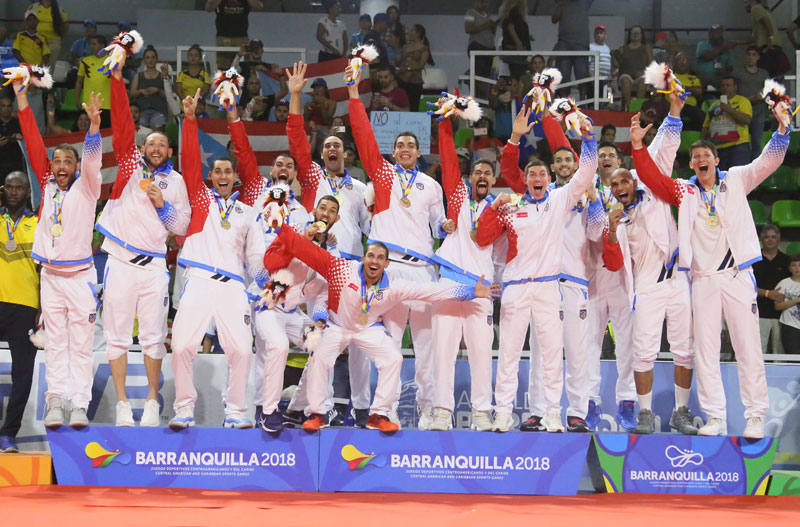 Puerto Rico will debut in the competition against Iran on September 12. It will then round off Pool D play against Poland, Bulgaria, Finland, and Cuba. Current Photo via NORCECA

The Puerto Rican Volleyball Federation has announced in its official website the team’s 2018 WCH Roster. Here is what coach Oswald Antonetti’s team will look like:

This will be Puerto Rico’s 4th straight participation in the tournament, and 5th appearance overall (1974). Its best finish was a 12th place in 2006. The team is coming off a gold medal at the 23rd Central American and Caribbean Games, which was recently held in Colombia in which the team only lost one set during the competition. Its biggest weapon is former BYU star setter Angel Perez, who just finished Italy’s A1 season suiting up for Milano, and offensive powerhouse Maurice Torres, a Pepperdine alumni who will this season suit up for Italy’s Padova.

Puerto Rico will debut in the competition against Iran on September 12. It will then round off Pool D play against Poland, Bulgaria, Finland, and Cuba.