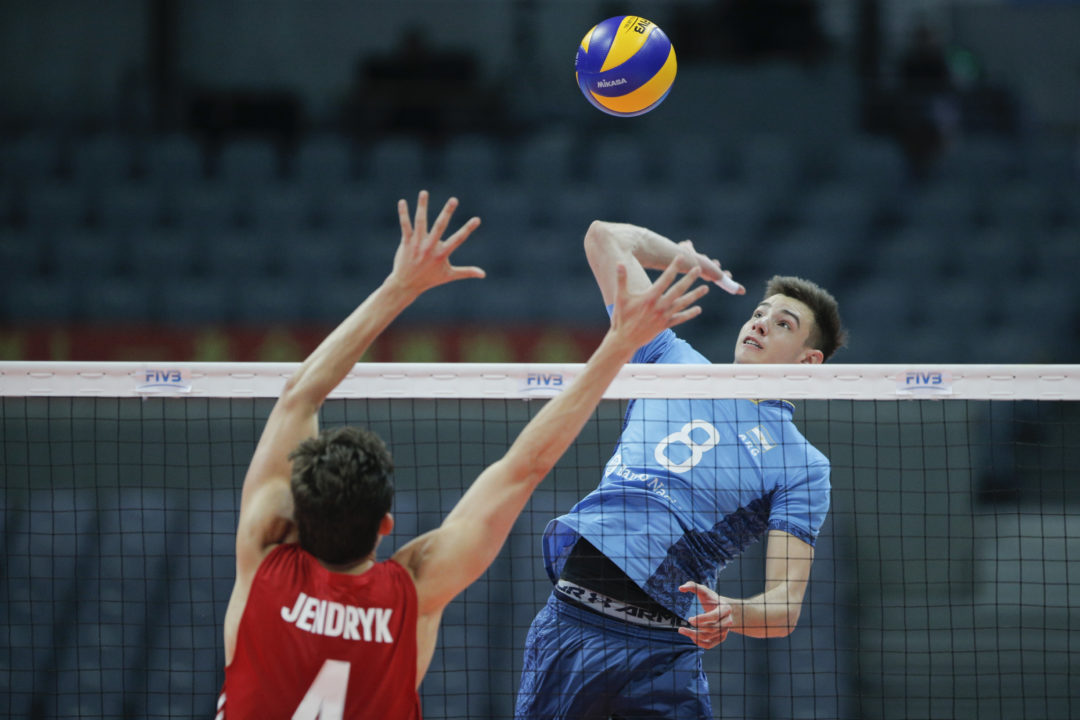 FeVA, the national volleyball federation in Argentina, has announced their final men’s 14-player roster for the 2018 FIVB Men’s Volleyball World Championship. All 14 will be able to travel to Europe and used throughout the tournament though only 12 will be allowed on the court in any given match. This makes Argentina the second team, after Japan, to announce its final 14-player roster for the tournament.

Returning to the team for the event are two veterans who sat out the Nations League earlier this summer: 33-year old Jose Luis Gonzalez, and 37-year old libero Alexis Gonzalez. After previously retiring from the National Team as an outside hitter, Gonzalez returned to the squad in 2016 as a libero.

Aside from the addition of Ignacio Fernandez as the 2nd libero with Gonzalez, and the dropping of Ezequiel Palacios to get the roster down to 14, this is the same roster that beat a mostly-secondary US team in three-straight matches earlier this month.

That includes Agustin Loser, a 20-year old middle blocker who’s only 6’4″ tall but still had 9 blocks in 3 matches and 16 total points in the finale against the Americans.