Belgium Shocks Argentina As Pool A Resumes Play In Florence 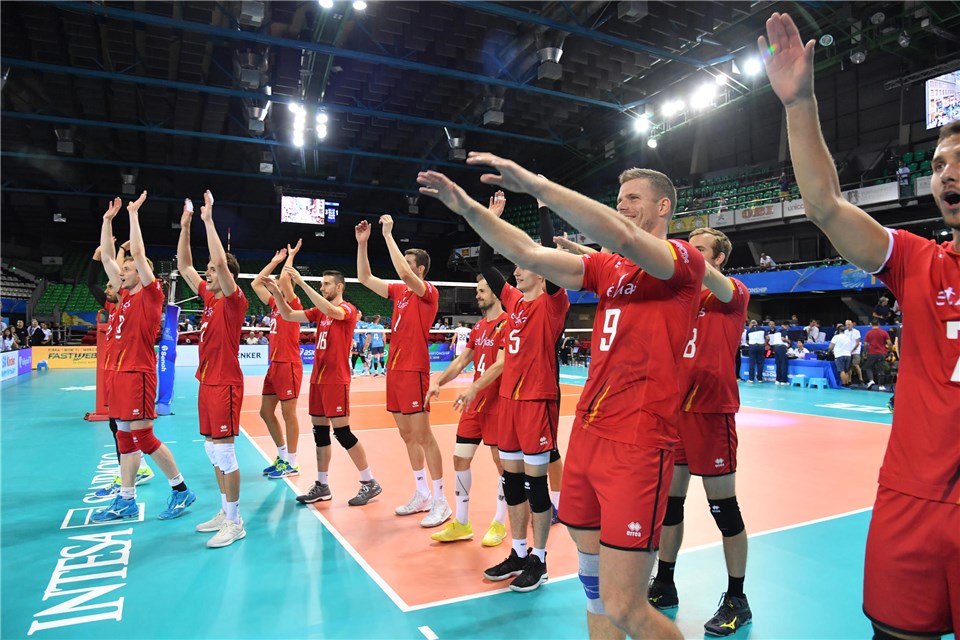 It didn't take long for the WCH to give fans its biggest upset of the tournament so far, as Belgium handed Argentina a tough 3-1 loss.   Current Photo via FIVB

It didn’t take long for the WCH to give fans its biggest upset of the tournament so far, as Belgium handed Argentina a tough 3-1 loss.  Here is the day’s recap:

Belgium’s Sam Deroo was adamant in letting everyone know yesterday that his Belgium team meant business:

“We have prepared ourselves for a long time, working hard for six, seven weeks. In the last ten days we played eight friendly matches, some with difficulties and some others where we showed great progress. I think we are ready for the World Championship now. The first match against Argentina is crucial, a direct competitor for a place among the top four in the pool, therefore we have to win to make a good start so we are really focused.”

Take care of business they did, despite Argentina coach Julio Velasco‘s begging and pleading one day before for his team to face this game as a must win situation. Deroo himself led the way with 21 points while Facundo Conte had 12 points in the losing effort. Belgium hit the ball at at 57% efficiency, while Argentina hit 50%. The biggest difference though was on the defense side of the court, as Belgium blocked an astounding 15 shots to Argentina’s 8. Next up for Belgium will be hosts Italy while Argentina will go on to face the Dominican Republic.