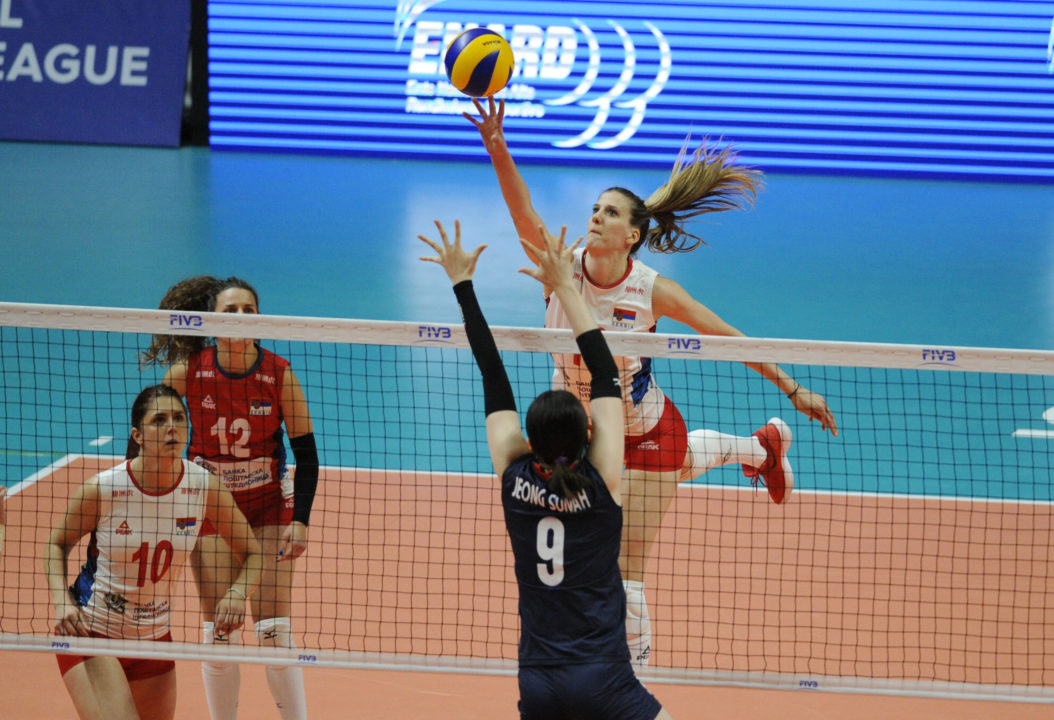 Serbia vaulted into second place in the Volleyball Nations League standings, capping a three-match win streak with a sweep of South Korea.

The Serbians dominated the set in every way, including an 8-1 lead in aces, a 9-4 edge in blocks, 35-28 advantage in kills and with help from 23 Korean miscues. Serbia made 15 errors in the match.

Jaeyeong Lee guided Korea with 10 points on nine kills and a block. Heejin Kim was right behind with nine points, all on kills. Jeongah Park turned in an all-around effort with a team-best two blocks, the team’s lone ace and four putaways.

The match was never in jeopardy for Serbia, which handed Korea its fifth straight loss.

Serbia coach Branko Kovacevic: “It was a perfect weekend for us because of the results and for the type of game we showed in these three matches. We gave our important players some rest and we have a few more days in Belgrade to get in the best possible shape for the Final Six in China. I hope we can go to the semifinals and also reach the final.”

Serbia player Ana Bjelica: “It was a perfect weekend for us and we’re really happy because we are now in second place and we will go to Nanjing. We did a good job here by winning three hard matches. I think we have great players that can all play.”

Korea player Lee Jaeyeong: “This weekend was important for us, we gained experience facing top teams. We will now go back to Korea to prepare ourselves for the next competition.”