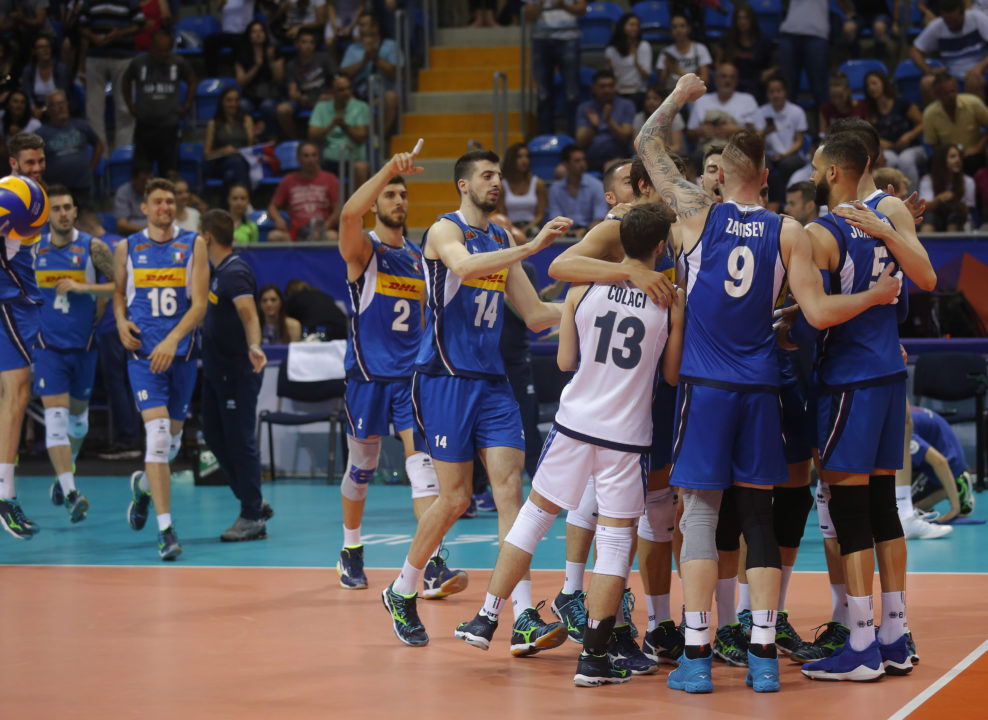 After falling to Italy in five sets on Saturday, Brazil came through when it counted, late in each set to grab a sweep of Germany.

Germany boasted a 23-22 lead in Set 1, but could not finish off the stanza.

“My boys played a great game, but we missed too many chances” German coach Andrea Giani said. “It is always the same way. We didn’t use our opportunities in the crunch time which is important to beat an opponent like Brazil.”

Germany boasted a 42-37 lead in kills and 7-4 edge in aces and had help from 16 Brazilian miscues, but could not close the deal against the reigning Olympic champs. Brazil owned a 10-6 advantage at the net and capitalized on 24 German errors in the tight victory.

Wallace DeSouza led the Brazil charge with 16 points, including 14 kills. Isac Santos notched 10 points with six kills, two blocks and two aces, while Eder Carbonera paced the team at the net with five stuffs among his 10 points.

Christian Fromm did all he could for Germany with a match-high 17 points, including 15 kills. Simon Hirsch and Moritz Reichert also turned in double-digit scoring efforts with 12 and 11 respectively. Hirsch served up three aces to go with eight kills, while Reichert downed nine kills and put up a team-best two blocks. Jan Zimmermann served up three aces.

Italy dominated Serbia in all facets of the game in a quick sweep to remain undefeated in Volleyball Nations League action.

Italy led 5-0 in aces, 9-5 in blocks and 37-27 in kills in the win, which saw Ivan Zaytsev followed his 32 point effort from Saturday with a match-high 17. Zaytsev pounded down 12 kills and added three aces and two blocks, while Osmany Juantorena chalked up 12 points, including 11 putaways. Luigi Randazzo chipped in six kills and Daniele Mazzone added three kills and a team-best three blocks.

Aleksandar Atanasijevic scored a team-leading eight points, with seven kills and a block, for Serbia. Marko Ivovic turned in seven kills, while Drazen Luburic scored four points in just a substitution role after leading the Serbians against Germany on Saturday.

With the win, Italy has extended its international win streak to seven matches, its longest since 2015.