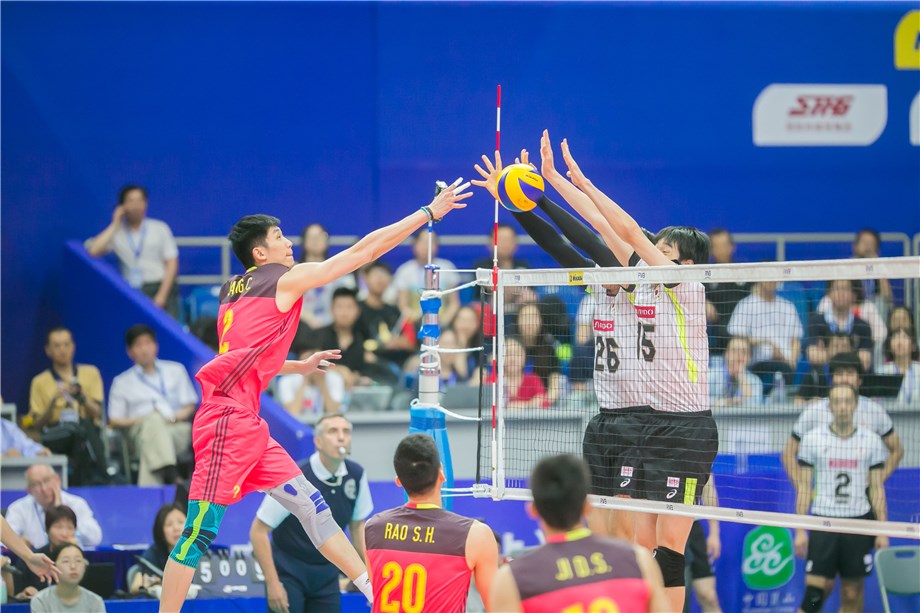 Top-level international competitions are set to begin next month with the inaugural edition of the FIVB Volleyball Nations League. With this, one of China’s leading players, Jiang Chuan, is ready to see his team improve at the upcoming competition.

Last season, Chuan was the third highest scorer with 164 points in the World League Preliminary Round Group 2, as well as being the second best scorer in the group. This, however, was not enough to propel the team to the Final Four of the competition as they sat in 5th place with a 5-4 record and 15 points overall.

This season Chuan is ready to take the Nations League as an opportunity to learn from the world’s best teams, improve their skills and gain more high-level international experience. This is also something that they can learn by watching the women’s team who has had tremendous success since winning the gold medal at the 2016 Olympic Games.

“Everyone should learn from the spirit of the women’s team, and we are too. They hire high-level coaching teams, find and use as many talented you players as possible,” said Chuan to the FIVB.

On top of the FIVB Nationals League this summer, China also qualified to participate in the 2018 World Championships. The team earned their spot at the prestigious volleyball event after finishing in the top-two of the Asian qualifiers last summer.

With playing in this high-level competitions, Chuan has the hopes of competing in the Olympic Games in Tokyo. Doing well at both of these large-scale events this summer could give the Chinese men’s team the boost they need to qualify for the 2020 Olympic Games.

Lille, France has been determined as the host for the men’s final round. This is the first season that the Nations League will be taking shape and is replacing the World League and World Grand Prix on the women’s side. China was selected as one of the 12 core teams of the competition and will compete in at least 15 matches over five weeks.